Android 12 only began rolling out to Pixel phones last week, but Google is already preparing the next update – a version that’s optimized for foldables and large-screen devices. And you won’t have to wait until Android 13 is available next fall to get it.

That’s because the next update will be called Android 12L, and it’s expected to hit the streets in early 2022. A developer preview is already available today, and users who may not have a compatible device can download an Android 12L emulator. 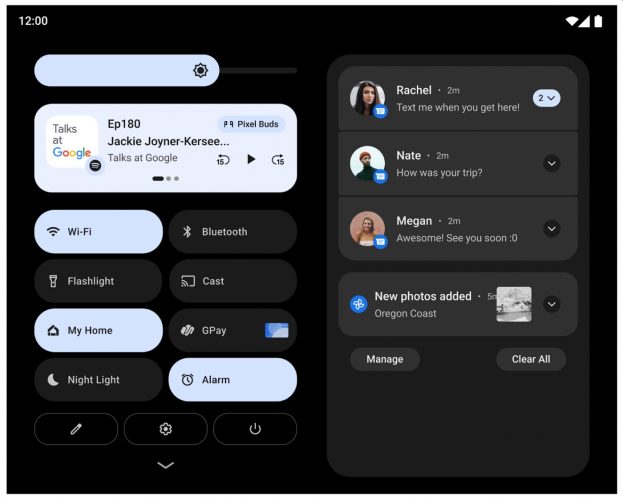 The taskbar is particularly helpful for multitasking, as it allows you to open apps in split-screen mode.

Just drag the app icon you want from the taskbar into the main display and it will open in split-screen mode. Drag a second app and choose whether it should be on the left or right, and you can position two apps side-by-side.

For foldable devices, Android 12L should be able to automatically detect when you’re switching between phone and tablet-sized views, and adjust the user interface accordingly. But Android 12L could also be helpful for large-screen devices like Android tablets, which have been available for well over a decade at this point, but which have received little love from Google’s Android development team.

Android apps that are not optimized for Android 12L and large screens will run in a compatibility mode, with black bars on the sides of a phone-sized app. It’s not the most attractive solution, but it beats not being able to use smartphone apps on a tablet-sized screen at all, I suppose. 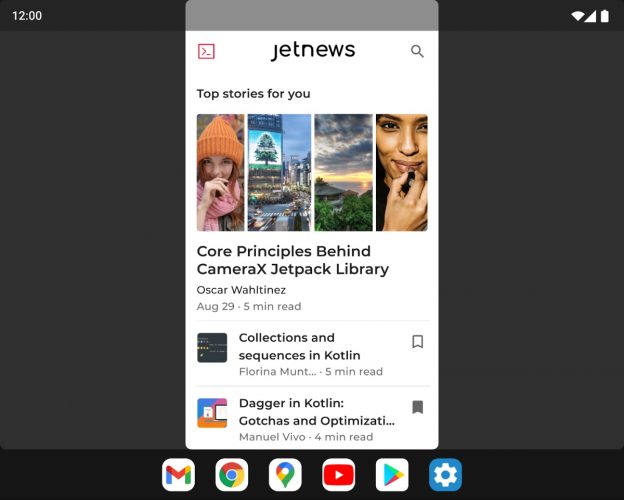 Google will also update the Play Store to check for large-screen compatibility, so users looking to install apps on a tablet or other large screen device will see a warning on Play Store listings letting them know if an app is not optimized.

All Android apps will also be usable in split-screen mode with Android 12L, whether developers specifically optimize them for that feature or not.

Google says a developer preview of Android 12L is coming soon for the Lenovo P12 Pro tablet, and the software will eventually roll out to Pixel phones as a “feature drop,” even even though many of the large-screen features will not be available on phone-sized devices.

Until then, developers (or curious onlookers) can get a taste of Android 12L by setting up a virtual device in Android Studio.