Nearly a decade after the introduction of Google Glass, smart glasses still haven’t been widely adopted, but that hasn’t stopped companies from trying to make them a thing.

This month Facebook and Ray-Ban launched a new set of smart eyewear with built-in cameras and speakers, but no displays. Now Chinese phone maker Xiaomi has introduced a Smart Glasses concept that goes much further, with a built-in microLED display and enough processing power to function not only as a smartphone companion, but also as a standalone device. 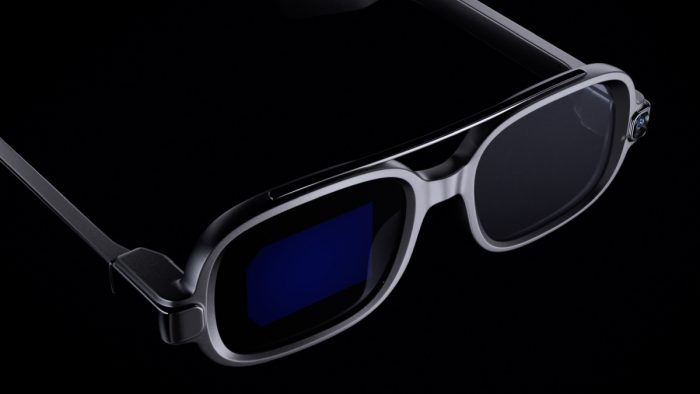 For example, Xiaomi says you could use its Smart Glasses for things like turn-by-turn navigation, taking photos, or translating text even when they’re not paired with a phone. And when you do have them connected to a smartphone, you can use the glasses to view notifications, answer phone calls, respond to text messages, and more.

The glasses, which weigh just 51 grams (1.8 ounces), have a tiny display that the company says takes up very little space, allowing you to be fully aware of your environment while still seeing small projected imagery for notifications and other content within your field of vision. In order to minimize unnecessary interruptions, Xiaomi says the Smart Glasses will only show the most important push notifications.

There are also dual microphones with beam-forming technology and speakers for phone calls and a 5MP front-facing camera for snapping photos or translating text. And the company says it can also provide real-time audio translation using the speaker and mics.

Xiaomi notes that there’s an indicator light next to the camera which is meant to let other people know when you’re recording… although that’s not always enough.

Other features include an unspecified quad-core ARM-based processor, a wireless module with WiFi and Bluetooth support (suggesting that despite Xiaomi’s claim that navigation doesn’t require a phone, you might need one for GPD or cellular data), a battery, and Android-based software.

There’s no word on if or when you’ll be able to buy Xiaomi Smart Glasses or what kind of battery life you can expect from a 1.8 ounce pair of smart glasses.