Roku’s most powerful streaming stick for the past four years has been… a model released four years ago. But now the company has launched an upgraded model with a faster processor, faster wireless, and support for additional video capabilities.

The Roku Streaming Stick 4K has a quad-core processor that the company says results in a device that boots 30% faster than the older Streaming Stick+.

Roku has also updated the long-range wireless receiver, which was already pretty good in the Stick+. The company says the new model supports up to twice the WiFi speed.

Unlike the Stick+, the new models also support Dolby Vision and HDR10+ content.

The key difference between the Stick 4K and the Stick 4K+ is the fact that the latter comes with a more feature-packed remote. For example, it has a rechargeable battery and a headphone jack for “private listening,” allowing you to plug in and watch TV without anyone else nearby hearing the sound. 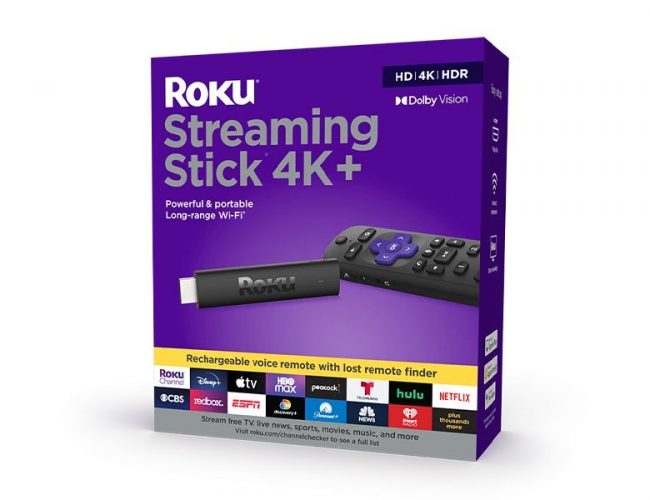 The Voice Remote Pro also supports hands-free voice commands (including the ability to locate a remote that might be hidden in the couch cushions with a hands-free “Hey Roku, find my remote” request that will make a chime play on the remote).

Roku’s cheaper Streaming Stick 4K comes with a simpler voice remote. You have to press a button to use voice actions. And if you want private listening, you’ll need to use Roku’s mobile app on your phone. Both remotes support TV controls though. 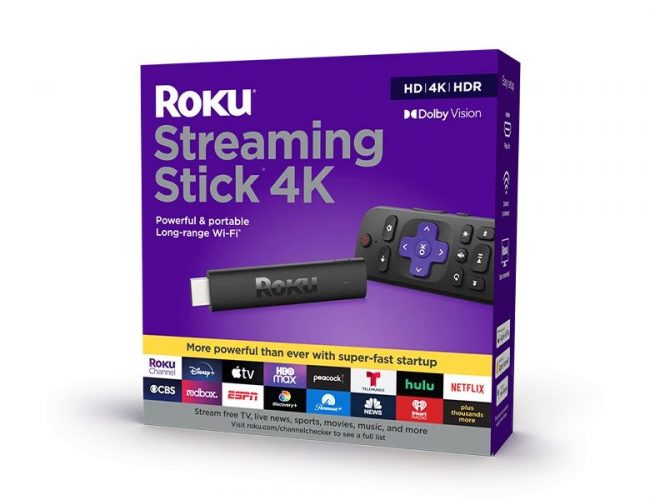 Roku is also rolling out Roku OS 10.5 for new and existing devices, bringing a live TV channel guide with more than two free and ad-supported live channels, support for using Roku’s voice search with more apps including Netflix and Spotify, and support for using voice commands to search for and play music, podcasts, and video podcasts from supported apps including Spotify.

The company is also updating the Roku Ultra LT with a new model featuring a faster processor, additional storage, and 50% longer WiFi range than the previous-generation. The new model also picks up support for Dolby Vision, Bluetooth audio streaming, and an Ethernet port. 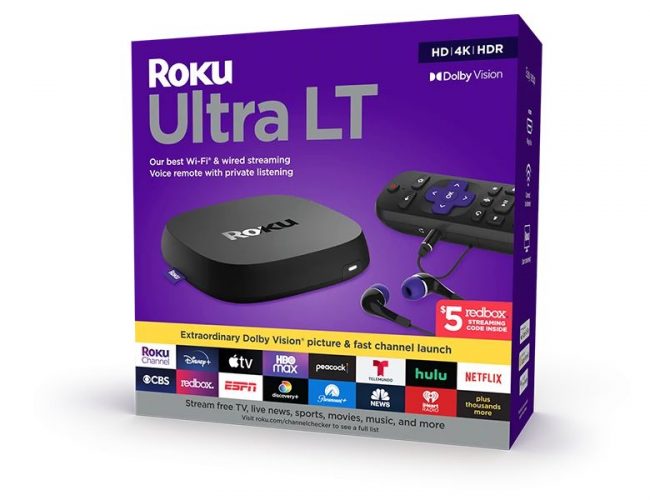 It will be available exclusively from Walmart soon with a list price of $79.