Smart Glasses have a somewhat storied history. Google Glass was largely a flop, outside of the enterprise market. Snapchat Spectacles generated a lot of buzz at first, but it’s fallen off in recent years (and they look funny). But Facebook and Ray-Ban are hoping things will be different with their new Ray-Ban Stories smart glasses.

And there’s at least one good reason to think they might be right: These $299 glasses are designed to look and feel almost exactly like a normal set of Ray-Bans, while adding features like cameras for shooting photos or short videos and speakers for listening to audio. That said their success will depend on just how willing people are to slap a pair of Facebook glasses to their… faces. 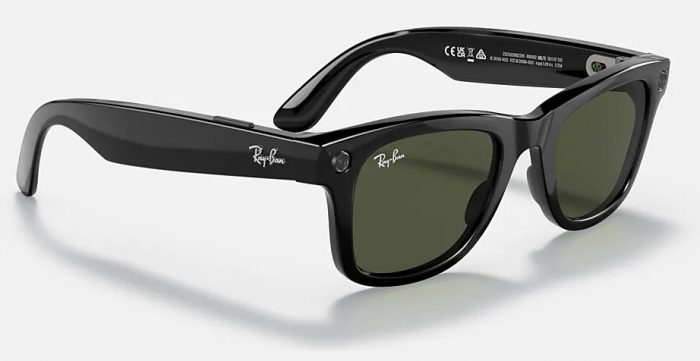 First the good news. Early reviews suggest the Ray-Ban Stories really do look nearly identical to an ordinary set of Ray-Ban sunglasses, which is a good thing. They’ve been stylish for decades.

They also reportedly feel nearly identical, weighing just about 5 grams more than a set of Ray-Bands Wayfarers, despite all the added electronic components including cameras, speakers, batteries, wires, and antennas.

Video quality from the dual 5MP cameras is said to be pretty decent for recording short clips, with image stabilization to help keep things steady even when you’re walking. That comes in handy if you want to do some hands-free recording while playing with your kids or pets, going for a run or hike, or just about anything else where a phone might get in the way.

And battery life is said to be decent, with about 3 hours of continuous use while listening to music, or up to 6 hours of run time while using the glasses intermittently to take photos or record videos. It takes about an hour to fully charge the glasses, and they come with a charging case which lets you recharge a few times on the go without plugging into a wall jack. 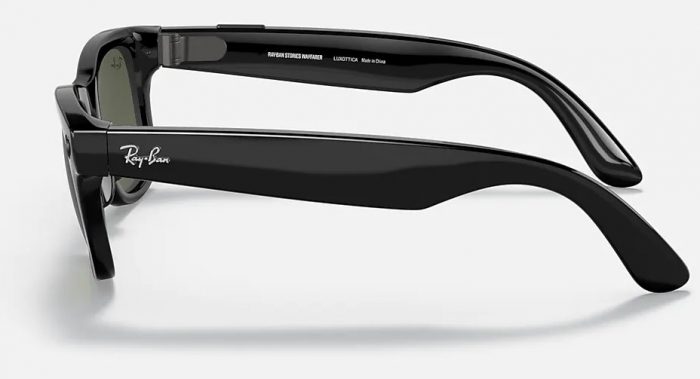 The built-in speakers are said to sound pretty good, but since they’re near your ears instead of covering them like normal headphones, someone standing nearby might be able to hear what you’re listening to. And music or movies won’t sound as immersive when using the Ray-Ban Stories as Bluetooth headphones. But it does allow you to listen to music or podcasts while out in the world without worrying that you won’t notice the sounds of cars honking or anything else that might alert you to danger. And you can also take phone calls without touching your phone.

To record a photo or video, you can either press a button or say “Hey Facebook, take a video.” And you can control media playback thanks to a built-in touchpad on the side of the glasses.

Now for the other stuff: Facebook has a whole website dedicated to explaining how Ray-Ban Stories were designed with privacy in mind. You know, because it’s not like the company has the best track record with actually keeping things private, so Facebook wants you to know they really, really mean it this time.

But a key selling point of the glasses is that you can record images and videos of people and places and then share them to social media (or just save them for yourself, I guess, since the photos sync with a new app called Facebook View and aren’t automatically sent to Facebook or Instagram). And while there’s a little LED light that glows white on the glasses when you’re recording… it’s actually pretty easy to miss because the glasses look so much like a normal pair of Ray-Bans.

The Wall Street Journal’s Joanna Stern demonstrates the problem in a recent video, where she recorded a whole bunch of people, most of whom had no idea that they were being recorded until she told them (they did give permission for those recordings to be used in her video though).

By the sound of it, the new Ray Bans Stories are among the most comfortable and attractive smart glasses to date. And maybe that shouldn’t be a surprise from a partnership between Facebook (makers of the Oculus Quest line of VR headsets) and Ray-Ban’s parent company EssilorLuxottica.

With prices starting at $299, they’re also among the most affordable.