One Netbook is launching an upgraded version of the ONEXPLAYER handheld gaming PC. When the company began shipping units earlier this year, it was available with up to an Intel Core i7-1185G7 processor. But the new ONEXPLAYER 1S packs an even higher-performance Core i7-1195G7 chip.

It’s up for pre-order for $1199 from AliExpress (or a little more if you want accessories like a detachable keyboard and/or carrying case). 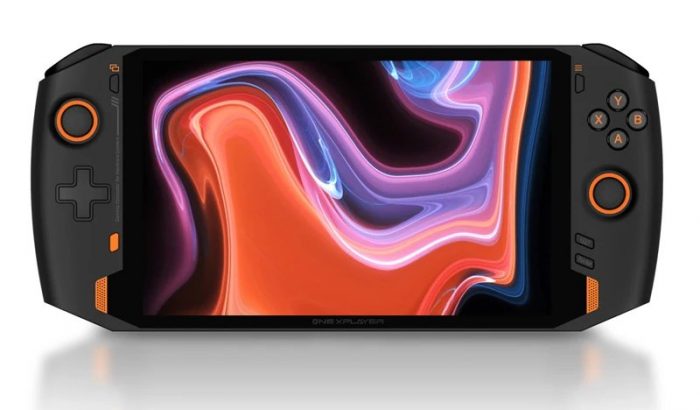 The One Netbook ONEXPLAYER looks a bit like an oversized Nintendo Switch. It has an 8.4 inch, 2560 x 1600 pixel touchscreen display surrounded by game controllers. But under the hood, the ONEXPLAYER is a full-fledged Windows PC with an 11th-gen Intel Core processor and Intel Iris Xe graphics.

I got a chance to review a pre-release model with a Core i7-1165G7 processor in May, and I was impressed with the overall performance and build of the system.

The new model has a little more horsepower, which should lead to at least a small boost in performance. Here’s a quick overview of some key differences between Intel’s Core i7 Tiger Lake U-series chips:

The ONEXPLAYER 1S features 16GB of LPDDR4x memory and a 1TB SSD. While the processor is new, the rest of the specs are largely the same as for the model I reviewed earlier this year.

The handheld gaming computer measures about 11″ x 5″ x 1″ and weighs just over 1.8 pounds, has a 59 Wh battery and comes with a 65W USB-C charger, and features stereo front-facing speakers, a 3.5mm audio jack, a fingerprint reader in the power button, and Bluetooth 5 support.

It has a built-in kickstand and ports including two USB4 (40Gbps) ports, a USB 3.0 Type-A port, and a microSD card reader. Controllers include two analog sticks, a D-Pad, four action buttons, and four shoulder buttons including two with linear triggers.

There are also physical buttons for bringing up an on-screen keyboard, returning to the Windows home screen, Start and Back keys, and a Turbo button that adjusts the processor’s TDP. You can find more details in the Liliputing ONEXPLAYER review.

Or if you want to know how the ONEXPLAYER 1S stacks up against other handheld gaming PCs in 2021, check out our comparison of recent and upcoming devices from Valve, GPD, One Netbook, and Aya.