Wireless charging is a common feature for high-end phones, wireless earbuds, and other gadgets these days. For the most part that means you don’t have to plug a wire directly into the device you want to charge, but you still need to place it on or very, very close to a wireless charging pad or stand.

Eventually you may be able to charge your gadgets just by walking into a room where there’s a charger though. Companies have been developing wireless charging-at-a-distance technology for years, and earlier this year phone makers including Motorola and Xiaomi started showing off prototypes. Now Motorola is showcasing an updated version that it calls Motorola Air Charging. 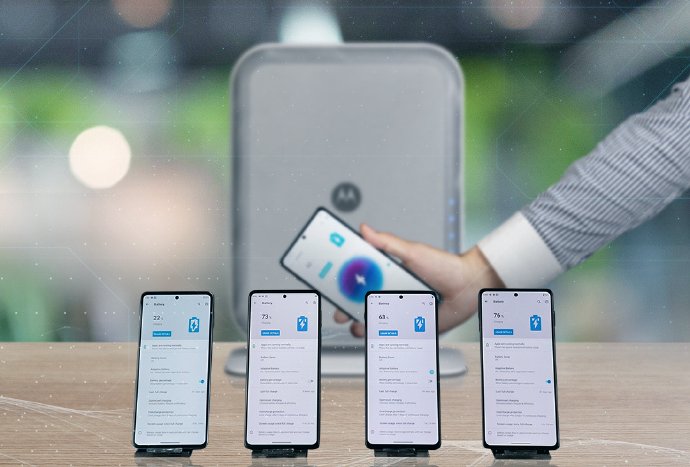 The company says its new solution uses 1,600 antennas to detect and charge up to 4 devices simultaneously as long as they’re within 3 meters (close to 10 feet) of the charger and lined up within a 100-degree angle of the charging system.

That’s about three times the distance Motorola was demonstrating earlier this year, and Motorola says its wireless charging system can deliver power through small objects like pieces of paper. And it’s smart enough to detect human bodies so that charging can be paused temporarily if you walk past and don’t feel like having electricity beamed at you.

There is at least one down side – don’t expect fast charging from this technology. It allegedly tops out at about 5-watts.

There’s no word on if or when Motorola Air Charging will be available to the public, but odds are that if it does ever come to market you’ll not only need to buy a special charger, but also phones designed to work with it.

via Android Authority and GizmoChina