The GPD Win Max 2021 is a tiny gaming laptop with an 8 inch display, a keyboard that’s just barely big enough for touch-typing, and built-in game controllers that allow you hold the device like a handheld console. The design is very similar to the original Win Max, but while that version shipped with a 10th-gen Intel Core processor the 2021 model is available with a choice of either an 11th-gen Intel Core processor or an AMD Ryzen 7 4800U processor.

In July GPD began taking pre-orders for the new model through a crowdfunding campaign that has now ended. And since the keyboard, display, and chassis haven’t changed much though, GPD also offered an unusual option: rather than buy a whole new model you could pay a lower price for a new motherboard and processor that you could transplant into your old device. So what are you supposed to do with the old motherboard? One option is to turn it into a mini PC – and now GPD has released 3D design files to help you do that.

The idea is that rather than discarding the old motherboard, you can put it in a new chassis and turn it into a compact, low-power desktop computer. After all, while the board itself doesn’t have a keyboard or display, it has just about everything else you need to make a desktop computer including a processor, integrated memory, an M.2 2280 slot for solid state storage, a wireless card, and plenty of ports.

Providing 3D design files lets folks with a 3D printer create their own case, either by sending the job straight to the printer or by modifying the designs to create a custom case. Or you could have your case printed from an online 3D print shop.

But you may still need a couple of extra parts. For example, GPD’s motherboard upgrade process involves replacing the mainboard, but you’re supposed to use the original heat sink and fans when putting the handheld gaming PC back together. So you may want to buy a new/replacement fan and heat sink (GPD sells a set for about $51).

Still, it’s nice to see that GPD wants to make it a bit easier for folks who purchased the upgrade option to repurpose their old hardware.

With an Intel Core i5-1035G7 processor, Iris Plus 940 graphics, and 16GB of RAM, the original GPD Win Max motherboard might not be as good for gaming as the Win Max 2021 models with Intel Tiger Lake or AMD Renoir processors. But it’s still good enough for use as a media center PC or general purpose computer. 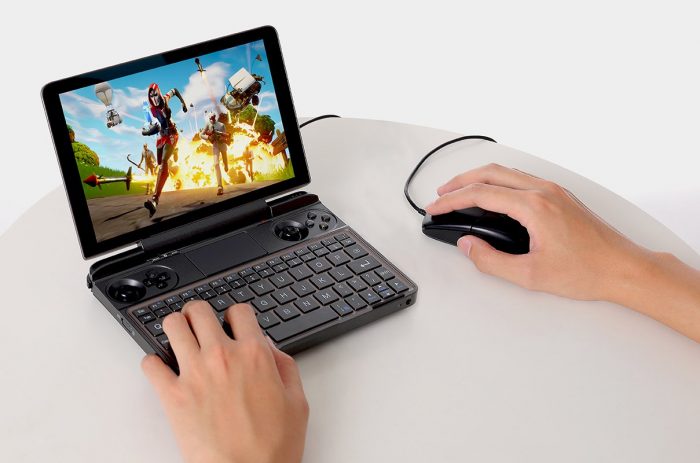 Unfortunately if you own a first-generation GPD Win Max and didn’t order the motherboard upgrade option during the crowdfunding campaign, it looks like you may be out of luck – now that crowdfunding has ended and GPD has raised the prices of the Win Max 2021, the company no longer seems to be offering a motherboard-only option.