BlueStacks was one of the first applications that made it possible to play Android games on a PC when the software first launched in 2011. But now that Microsoft is bringing native support for Android apps and games to Windows 11, you might be wondering what’s next for Bluestacks. 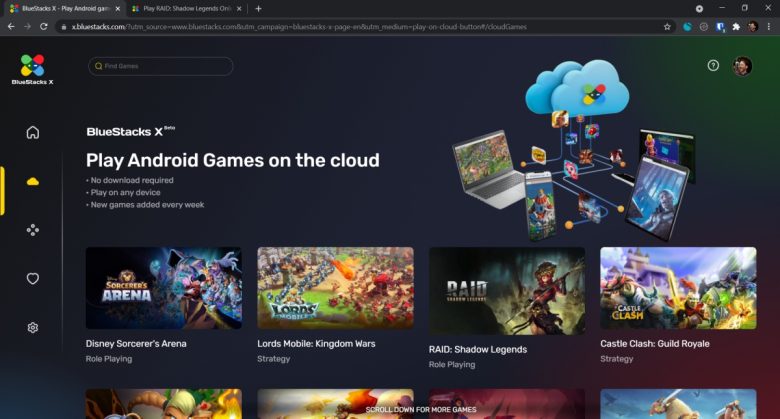 You can stream games on just about any modern device with a web browser thanks to he BlueStacks X web app, which works with smartphones, tablets, Chromebooks, or Windows, Mac, and Linux computers. Bluestack specifically notes that the Raspberry Pi is supported, as are “some smart TVs,” (presumably ones with a web browser, since there’s no mention of smart TV apps yet).

There’s also a BlueStacks X native client available for Windows, which allows you to play cloud games as well as some games that currently require a download: BlueStacks says its cloud gaming service supports more than 200 Android games, but so far only about 14 are available to streaming through the web app. The company plans to add more games every week though.

Bluestacks has also created a Discord bot called Cloudy that will let users share links that allow users to connect to multiplayer games, among other things.

Most game streaming services leverage powerful servers to render games, using your local device just as a display and controller. But BlueStacks X takes more of a hybrid approach, leveraging technology from Bluestacks’ sister company now.gg. Some of the graphics rendering is offloaded to your local device to reduce the strain on Bluestacks’ servers.

Among other things, that helps reduce costs of hosting the service, and that allows BlueStacks to use a freemium business model. Right now BlueStacks X is free for anyone to use. But eventually there will be a free and ad-supported version, and a premium version, which BlueStacks CEO Rosen Sharma tells VentureBeat will launch at a later date.

via press release and BlueStacks Blog