Apple is refreshing its entry-level tablet with a new 10.2 inch iPad that sports a faster processor and an upgraded front-facing camera. The 9th-gen iPad is still exactly the same size and shape as last year’s model, but the good news is that means that cases, keyboards, and other accessories designed for the previous-gen version will work with the new model.

The new iPad is available for pre-order for $329 and up starting today, and it will be available starting September 24. 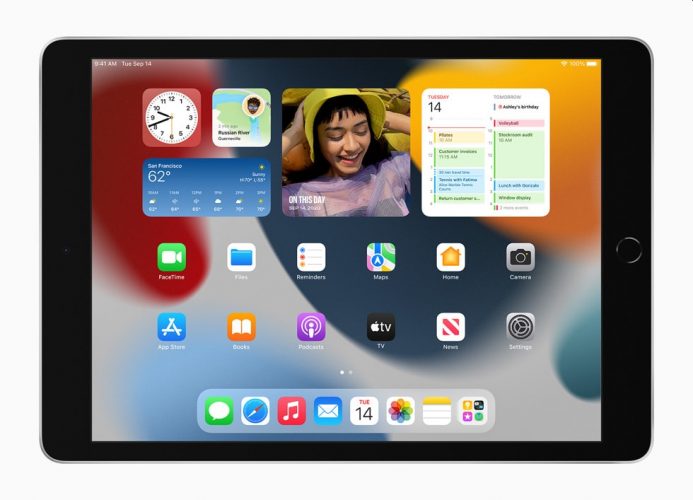 The starting price will get you a WiFi-only tablet with 64GB of storage, which is twice as much as you got for that price with the previous-generation. You can also pay $479 for a WiFi-only model with 256GB of storage, or pay an extra $130 to upgrade either version to a WiFi + Cellular model with 4G LTE.

Thanks to an Apple A13 Bionic processor, Apple say the new iPad brings a 20% improvement in CPU, graphics, and AI performance. And the company has upgraded the front-facing camera to a 12MP ultra-wide camera with support for Apple’s Center Stage software, which can keep you centered in the frame when you’re on video calls thanks to software that tracks your motion and crops the shot accordingly. 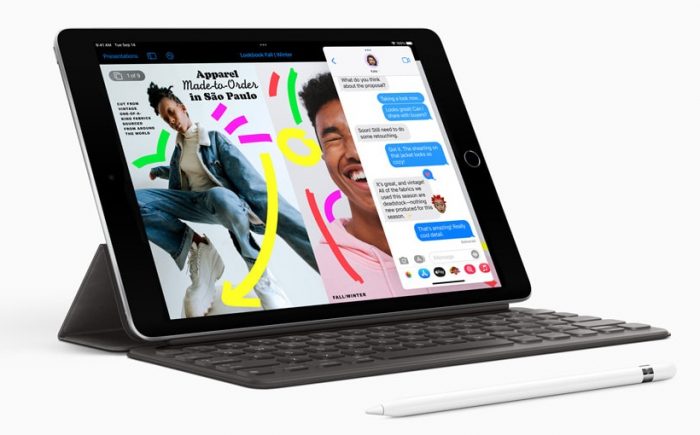 While the 10.2 inch display is the same size as last year’s model, Apple says it’s now a True Tone display with an upgraded ambient light sensor that can adjust the display settings to match the color temperature of your environment. 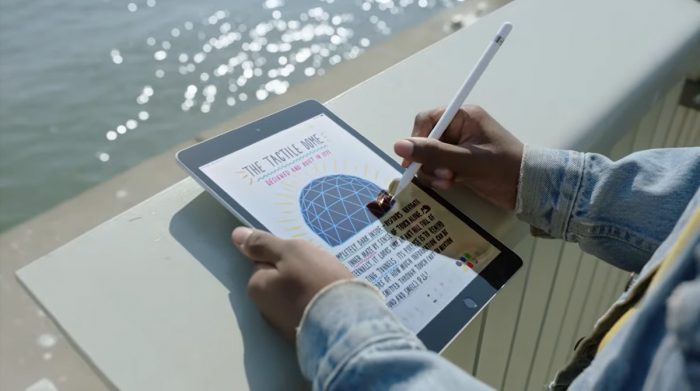 Like the 8th-gen iPad, the new model is compatible with the 1st-gen Apple Pencil, sold separately for $99 as well as the existing Apple Smart Keyboard and Smart Cover accessories, which sell for $159 and $49 respectively.

While I get that Apple is positioning compatibility with existing accessories as a selling point, it would have been nice to see the company add support for the newer 2nd-gen Apple Pencil by now though, seeing as it’s been available for three years at this point.