Amazon popularized the idea of ambient computing with its Alexa line of devices – place some Echo smart speakers and displays in key areas of your home and you can interact with them by talking, with no need to pick up and hold a device.

The new Amazon Astro takes that idea in a very different direction. It’s a robot that does everything other Echo devices can, but it can also move around your home thanks to a set of wheels. And that mobility opens up new possibilities… for those willing to pay a hefty premium for a first-gen smart-home robot. The Astro will sell for $1000 at launch. 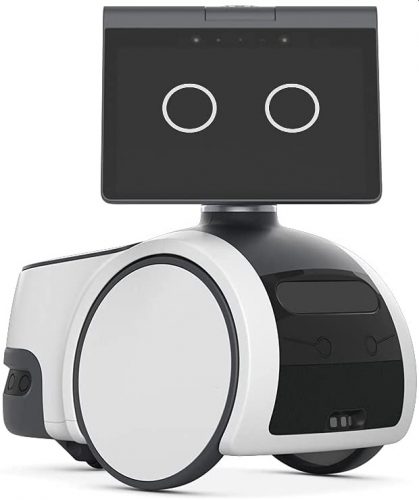 For that price you could pick up a 20 Echo Dot smart speakers, or a 4-pack of Echo Show 10 or Echo Show 15 smart displays and place them strategically. Plus, you don’t need an invite to by those – Astro will be sold as an Amazon Day 1 Edition product at launch, which means you’ll need to request an invite before placing an order.

If and when Astro becomes more widely available, it’s expected to sell for $1450.

So what exactly does an Echo-on-wheels do that other Echo devices do not? The most obvious difference is that it can move. And using computer vision, it should be able to navigate your house without bumping into things.

This allows you to, for example, ask Astro to follow you around while you’re using it for a video call. It also allows you to have Astro patrol your home like a roving security camera when you’re away. And you can remotely connect to it to view a feed.

There’s even a periscopic camera that can rise out of Astro. In a demo video, Amazon shows it being used to check to see if a user left the stove on after leaving the house, but it could also come in handy whenever Astro needs to snap a photo or shoot video of something that wouldn’t otherwise be within the line of sight.

Astro also has… a pair of cupholders. You can use it to send a couple of beverages from one room to another, which sort of makes Astro a robot butler, I guess? 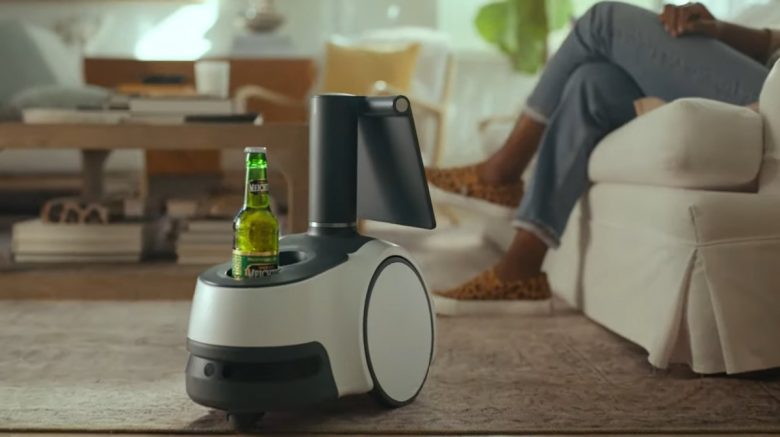 You can also remove the cupholders and use the rear storage portion of Astro to transport just about anything weighing up to 4.4 pounds. Amazon says there will be some custom accessories like an airtight and spill-proof Ziploc storage container designed to fit into the compartment.

Or you can connect some smart accessories to Astro’s USB-C port for additional functionality. For example Amazon says the Furbo Dog Camera can be carried in Astro’s back, allowing you to remotely login and give treats to your pets while you’re away.

On the front of the Astro is a 10.1 inch, 1280 x 800 pixel touchscreen display, and the system has 2.1 channel speakers including dual 55mm front-facing speakers and a passive bass radiator.

There’s a 5MP camera in the bezel of the display area, plus the aforementioned periscopic camera, which is a 12MP camera with a 132 degree field of view and support for 1080p video capture. It can extend to heights up to 42 inches. 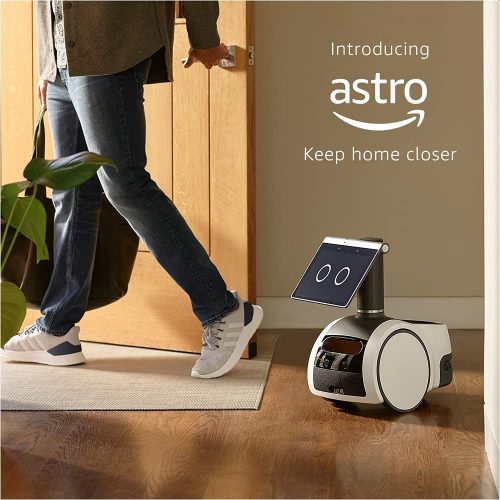 The robot supports WiFi 5 and Bluetooth and it works with a charging base that the robot returns to when it needs to refuel the battery, which takes 45 minutes to fully charge. According to The Verge, a fully charged Astro robot should be able to move around for about two hours before it needs to be recharged (although battery life may be longer if it’s not in constant motion).

Many of the home security features are available for free with the purchase of an Astro robot, including the ability to view a live feed from Astro’s camera on your phone or get an alert if Astro detects an unrecognized person in your home. Astro can also send you alerts for smoke alarm or glass breaking sounds.

But if you want Astro to do “autonomous patrols,” save video online, or sound an alarm (or make a dog barking noise) when there’s activity outside your house, then you’ll need to sign up for a Ring Protect Pro subscription.

Amazon isn’t the first company to develop a smart home robot. But so far the idea hasn’t really taken off. Jibo’s “social robot” that didn’t actually move became even more useless a few years ago when the company shut down its servers. Sony’s Xperia Hello never broke out of Japan. And I’m not sure if the Asus Zenbo ever actually came to market.

Maybe they were ahead of their time and Amazon’s expertise in smart home products and security products will allow the company to succeed where others have failed. Or maybe asking people to spend $1000 on an Echo Show on wheels that can occasionally bring you a beer is a bit much.

Also worth keeping in mind: like robotic vacuum cleaners, Astro has a serious limitation: it cannot climb stairs, which could make it an even tougher sell for folks with multi-story homes. Related: it also cannot vacuum your floors.

Update: According to a report from Vice, Amazon’s first smart home robot might not be all its cracked up to be. Leaked documents obtained by Vice indicate that developers working on the project found that it’s not very good at recognizing people, which can lead to it following members of your household around unexpectedly if it thinks they don’t belong. One developer allegedly said that “person detection is unreliable at best, making the in-home security proposition laughable.”

The robot is also said to be fragile, and prone to falling down the stairs, which would probably be enough to break hardware even with sturdier construction.

Update 2: Unsurprisingly, Amazon disputes the claims made in the Vice article (while curiously not disputing the validity of the leaked document). According to an Amazon spokesperson:

These characterizations of Astro’s performance, mast, and safety systems are simply inaccurate. Astro went through rigorous testing on both quality and safety, including tens of thousands of hours of testing with beta participants. This includes comprehensive testing on Astro’s advanced safety system, which is designed to avoid objects, detect stairs, and stop the device where and when necessary.