It’s the latest entry-level fanless PC from Zotac, and it will soon replace the ZBOX CI329 nano, which is a model that was introduced way back in 2018, and which features a previous-gen Intel Gemini Lake processor. 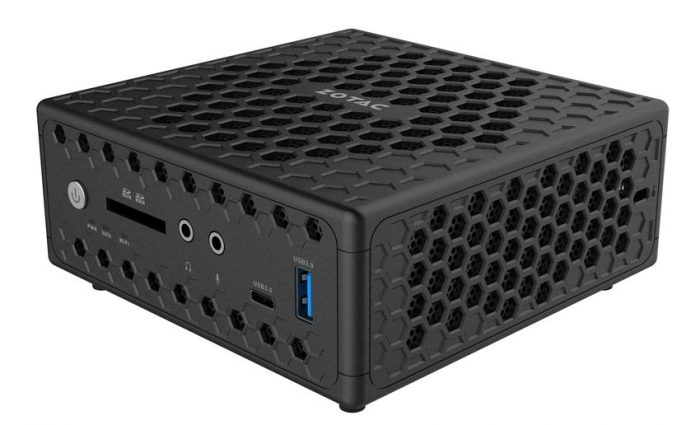 The upgraded processor should bring a boost in CPU performance and an even bigger boost in graphics performance. Zotac says the ZBOX CI331 nano also supports up to 16GB of RAM (twice as much as the previous-gen).

Zotac doesn’t seem to have changed the design very much – the ZBOC CI331 has the same 127.8 x 126.8 x 56.8mm chassis with plenty of ventilation and an aluminum heat sink for passive cooling. And there’s room under the hood for two sticks of DDR4 memory, an M.2 solid state drive and/or a 2.5 inch hard drive or SSD.

There’s also support for WiFi 5 and Bluetooth 5, two external antennas, and an SDXC card reader. The computer comes with a VESA Mount that allows you to connect it to the back of a display. 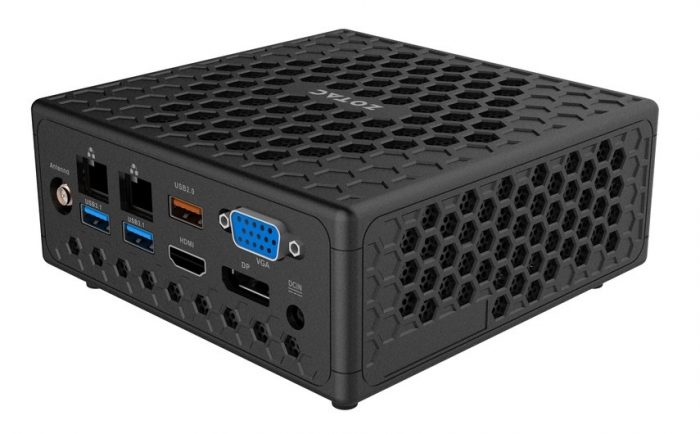 Zotac will offer at least two configurations – a barebones model that ships without any memory, storage, or operating system and a Windows 10 Pro version that comes with 4GB of RAM and a 120GB M.2 SATA SSD.

The company hasn’t announced pricing or availability details yet, but you can currently pick up the older Gemini Lake-powered ZBOX CI329 nano for around $200 and up, so I wouldn’t expect the new model to cost much more than that.