But the phone is positioned as more of an upper mid-range device than a flagship. It has a Qualcomm Snapdragon 778G processor rather than an 800 series chip. The phone has an LCD display rather than AMOLED. And while it has a list price of $700, the phone will be available for $500 for a limited time. It will be available in the US on September 2, and pre-orders begin August 23. 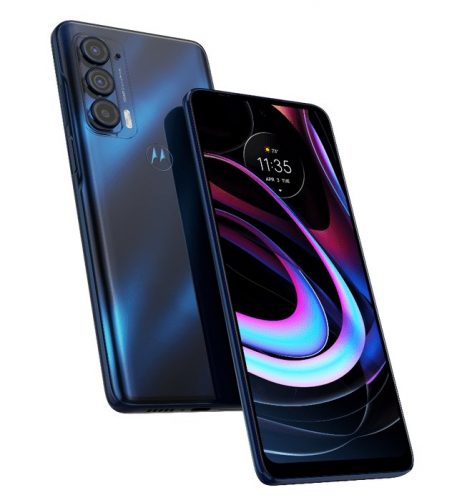 If the Motorola Edge looks familiar, that’s because it’s very similar to the Motorola Edge 20 that launched internationally last month. The US version has a bigger battery, but lacks the OLED display of its global counterpart.

The phone has a rear camera system consisting of:

There’s also a 32MP front-facing camera. Both he front and rear camera systems are capable of recording 4K video at 30 frames per second.

Other features include a mono speaker and 3 microphones, but no headphone jack, a USB 2.0 Type-C port, and support for WiFi 6, Bluetooth 5.2, NFC, and support for Verizon or T-Mobile 5G sub-6 GHz network bands as well as 4G LTE on AT&T.