When Microsoft introduced Windows 365 a few weeks ago, the combined described it as a system that would let users pay a monthly fee for access to Cloud PCs that basically put your Windows computer in the cloud so you can access your apps and services from any device, even an iPhone or Android device. But the company didn’t say at the time how much it would cost.

Now Microsoft has started selling Windows 365 subscriptions to business and enterprise customers, and we can see that business pricing ranges from $24 per user per month to $162 per user per month, depending on what kind of resources you want to allocate for your cloud PCs. 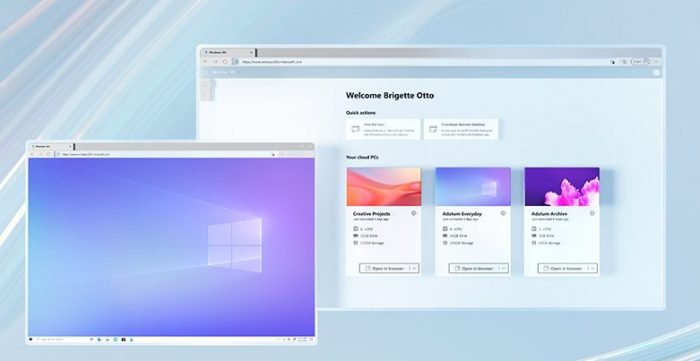 At this point Windows 365 is very much aimed at business and enterprise customers, which means that it’s not something you’re likely to buy for your home computer needs.

But with more and more of the things we do with our computers moving to the cloud, it’s not hard to imagine a day when rather than buying a new laptop or desktop with maxed-out specs, consumers might be able to pick up budget devices with decent screens, keyboards, and batteries but inexpensive processors… because they’re basically dumb terminals for streaming your PC experience from the cloud.

Microsoft isn’t the first company to offer a virtual cloud PC experience. A French company called Shadow has been offering something similar for the past few years, except Shadow’s PC in the cloud is very much aimed at end users who want the equivalent of a high-end PC that can stream video games from the cloud. Also, Shadow filed for bankruptcy this year, so maybe consumers aren’t ready to stream their PCs just yet and Shadow was head of its time… or maybe there won’t ever be much demand for this type of service.