The Google Pixel 6 and Pixel 6 Pro are coming this fall and they’ll feature a brand new design with a large camera bar across the back of the phones and upgraded camera hardware including new sensors and lenses. But the biggest chance, Google says, is under the hood.

Google’s Pixel 6 series phones will be the first to ship with a new system-on-a-chip called “Tensor.” It’s a Google-designed system-on-a-chip with enhanced AI capabilities that will enable better photography, improved video (with HDR applied to every single frame), and other features for advanced voice processing for dictation, translation, and captions. Google hasn’t announced pricing yet, but the company other details on social media, through its website, and with journalists. 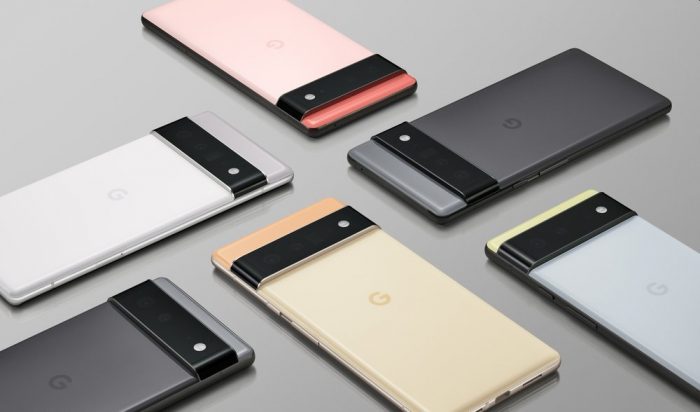 While Google has a track record with making its phones stand out through AI-assisted software (Pixel phones have long had a reputation for taking stellar photos, largely due to Google’s software-based camera features), I’ll be curious to see how much of a difference Tensor really makes in real-world performance… and whether any apps that aren’t made by Google will tap into its features.

After all, Google is just one phone maker, and it’s one that doesn’t sell nearly as many devices as other Android phone makers including Samsung, Huawei, Xiaomi, or Oppo. Why develop apps for Google phones that might not work as well on billions of other devices?

In other recent tech news from around the web, a video is making the rounds showing a  prototype of a cancelled Nokia feature phone with a simplified, Android-based operating system, Microsoft’s Windows-in-the-cloud service is now available to business and enterprise customers, and if you’re thinking about saving money on the GPD Win Max 2021 by purchasing the upgrade board and adding it to the 2020 model yourself, you may want to check out a video showing the full process first, because it’s not exactly simple.

Liliputing was offline for several hours today due to an issue with our hosting provider, but we were sharing updates on social media throughout the day. Here are some of the highlights, all in one place:

Google Pixel 6 with Tensor processor coming this fall [Google]
The Google Pixel 6 ships this fall as the first phone to ship with a Google-made processor that the company is calling “Tensor.” It’s a system-on-a-chip with AI features for enhanced photography and high-quality video that applies HDR to every frame.

Material You will be best on #Pixel6.

The colors, the camera, the form, and what’s on the screen all work together in a single, fluid experience.

Exclusive: Here’s our real-world first look at Realme’s MagDart charging [xda-developers]
Last week details leaked about Realme’s answer to Apple’s Magsafe wireless, magnetic battery. Now a video shows what the Realme MagDart will actually look like and how it works to give the Realme Flash smartphone a ~20% charge in as little as 3 minutes.

The canceled Android-powered Nokia feature phone gets shown off in a hands-on video [xda-developers]
A few years ago Google was developing a stripped down version of Android for feature phones. It never launched, but a new video shows a hands-on with an unreleased Nokia 400 with the unreleased software meant for budget phones for the Indian market.

Express yourself and connect with others on Chromebooks [Google]
Google’s latest Chrome OS update brings Google Meet integration, a keyboard shortcut for opening the emoji picker, and eSIM support for cellular connectivity (only available with compatible devices like the Acer Chromebook 511 and Chromebook Spin 513).

Steam Survey Shows Linux Marketshare Hitting 1.0% [Phoronix]
More than 1% of folks running Valve’s Steam game client are using it on Linux computers. That’s the first time in years the percent has been that high (even if it’s not that high). But it could go up considerably once the Linux-powered Steam Deck ships.

GPD Win Max 2021 – How to upgrade the mainboard on the 2020 model [The Phawx/YouTube]
The GPD Win Max 2021 handheld gaming PC, which is up for pre-order through Indiegogo, will be available with a choice of Intel or AMD processors. But folks with a 1st-gen model can save $300+ by purchasing an upgrade board. Upgrading does take some work though. Here’s a walkthrough of the process.