Historically, Huawei spinoff brand Honor has been focused on building midrange hardware. The company seems to be heading in a slightly different direction now with the launch of the Magic3 series. The trio of phones that Honor just revealed are legitimate flagships. 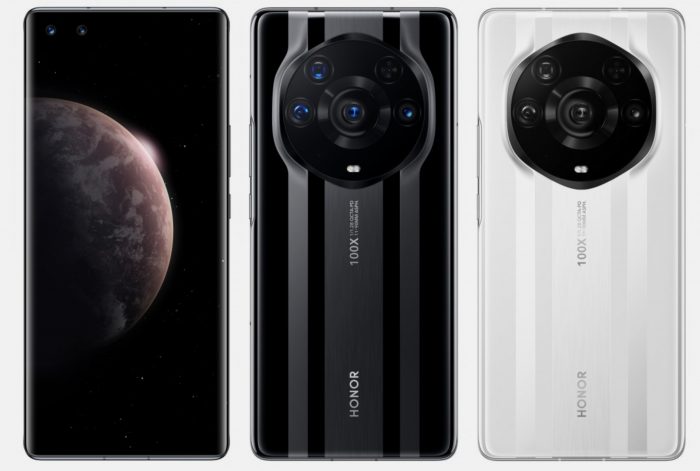 There are three different models in the Magic3 line-up: the base Magic3, the Magic3 Pro and Magic3 Pro+. All three feature an expansive 6.67 inch 120Hz flexible OLED display with a native resolution of 2,272 x 1,344 pixels. Power is supplied by a 4600mAh battery that can be recharged to 50% in just 15 minutes thanks to Honor’s 66W SuperCharge. Opt for the Pro or Pro+ and you can take advantage of 50W wireless SuperCharge capabilities, too.

The Magic3 sports a Qualcomm Snapdragon 888 processor, while the Pro and Pro+ feature a Snapdragon 888+ which supports slightly higher clock speeds. Both the Magic3 and Magic3 Pro bring 8GB of RAM and 256GB of storage. The Pro+ gets a nice bump, up to 12GB and 512GB of storage.

During the reveal, Honor drew attention to a feature they call “Smart RAM.” They claim that the Magic3 phones can all make up to 2GB of memory available when needed by temporarily shuffling memory contents to flash storage. It sounds a lot like a swap file and could be a handy feature if it works as promised. It could also be all about marketing, so we won’t know until testers get their hands on these phones and put them through their paces.

Less gimmicky is the Magic3 camera hardware. Honor refers to the massive camera array on the back as “The Eye of Muse,” and it starts with a 50 megapixel Sony IMX766 sensor and f/1.9 lens, a 64 megapixel, f/2.2 monochrome camera and a 13 megapixel, 120-degree f/2.2 ultra-wide camera on the Magic3.