Google’s Android operating system has changed quite a bit since the first Android-powered phones began shipping in 2008. And maintaining support for old versions of Android gets increasingly difficult over time.

So it’s unsurprising that a few years ago Google announced it would be largely ending support for devices running Android 2.3.7 Gingerbread or lower by requiring users to have Android 4.0 or newer devices in order to access the Google Play Store and other Play Services. But now the company is taking things a step further – if you are still using an Android 2.3 device, you won’t be able to use it to sign into Google apps and services after September 27, 2021. 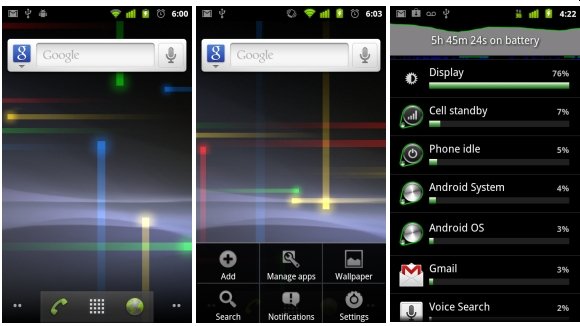 That means you’ll likely get a username or password error when you try to log into Google apps and services including:

You may be able to continue using some of those services indefinitely on devices that already have you logged in. But if you sign out and try to sign back in again, attempt to add a new account, perform a factory reset, or change your password (on any device), then you’ll be locked out.

Google’s Zak Pollack explains that the move is part of the company’s “ongoing efforts to keep our users safe.” That’s pretty much the end of the explanation, but the implication is that since Google no longer provides software or security updates for Android 2.3 Gingerbread, logging into your account on a device running an 11-year-old version of Android could be insecure. So the company recommends moving to a device running Android 2.3 or later

There is one workaround though: use the web browser on your phone. You’ll still be able to login to your Google account to check your email, access maps, watch videos, or use other Google services through their web apps that way.

Alternately, you could see if there are custom ROMs available for your older Android devices that allow you to update to unofficial third-party builds of newer operating systems. The xda-developers forum is often a good starting point for that search. Or if you’re interested in exploring alternatives to Android altogether, you might want to see if there’s a port of a Linux distribution like postmarketOS or Ubuntu Touch that can run on your device.

via Bleeping Computer and Google (1)(2)