The upcoming Banana Pi BPI-M2S is a single-board computer that packs two Gigabit Ethernet ports, an HDMI port, USB-C and USB 2.0 ports, and several other connectors onto a board that measures just about 2.6″ x 2.6″.

That makes the new board the same size as the BPI-M2 Pro, but the new model has a different set of ports, more RAM, and a newer, more powerful processor. The second Ethernet port could also make the BPI-M2S a better choice for folks looking to build their own router. 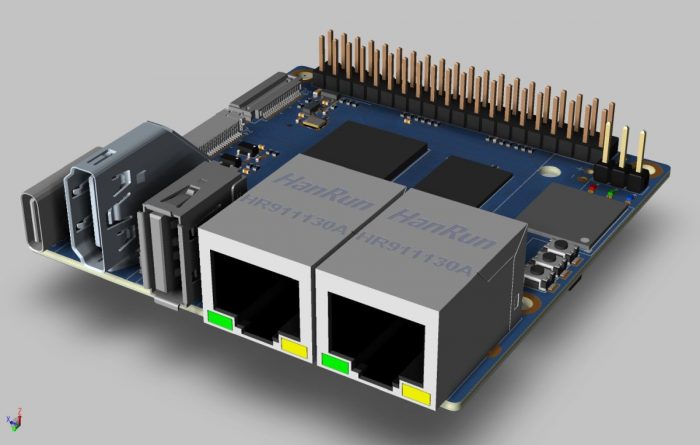 The board also features a 40-pin GPIO connector, MIPI DSI and MIPI CSI interfaces for cameras and displays, and it features 4GB of LPDDR4x memory and16GB of eMMC storage as well as a microSD card reader for removable storage.

Banana Pi says the design has been finalized, and the company is now beginning to sample the BPI-M2S. But there’s no word on the price or release date yet.

The BPI-M2 Pro with an Amlogic X9503X processor, meanwhile, currently sells for $61.