The recently announced AYA Neo Pro handheld gaming PC with a 7 inch display, built-in game controllers, and an AMD Ryzen 7 4800U processors is now available for pre-order from the AYA website.

Expected to ship in September, the new model features an upgraded processor and all of the other recent hardware upgrades that AYA promised for the 2021 version of the little gaming computer. Prices start at $1215 for new customers, but folks who already pre-ordered through an Indiegogo crowdfunding campaign and have yet to receive the device do have some cheaper upgrade options.

The original AYA Neo Founder Edition and the new standard edition models for 2021 feature 6-core, 6-thread AMD Ryzen 5 4500U processors. You can pre-order this model from the AYA website $925 and up if you haven’t already placed an order. 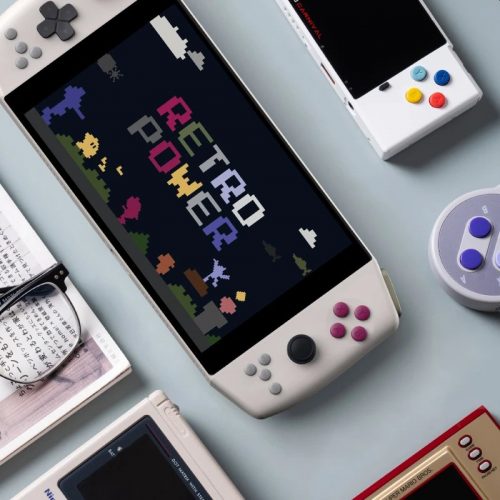 If you did already pre-order, but you’re still waiting for the AYA Neo 2021 edition to ship, you have until August 20th to upgrade to the AYA Neo Pro for $200 to $300, depending on the purchase you had already reserved. The upgrade channel will get you an AYA Neo Pro Retro Power Edition with a Ryzen 7 4800U processor, 16GB of RAM, 1TB of storage, a special color scheme for the case and buttons, and a mobile docking station.

Alternately, if you’re looking to spend your money on a handheld gaming PC, but you’re hoping to spend less than $1215, there are a few other options. The GPD Win Max 2021 is up for pre-order through an Indiegogo campaign for $999 and up, while the Valve Steam Deck may be the most affordable model, starting at just $399. The first units aren’t expected to ship until December though, and new orders placed today won’t ship until next year.