Intel has long dominated the Windows-compatible mini PC market, but there are a growing number of options with AMD processors. The AM02 is one of the most affordable I’ve seen to date. 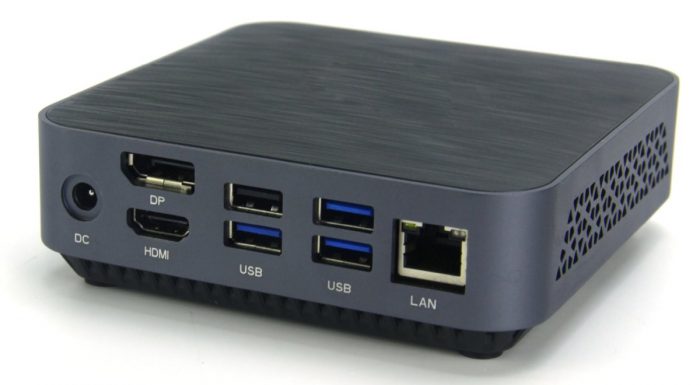 Interestingly, the starting price is for a model with 16GB of RAM and a 256GB SSD, while an 8GB/128GB version is priced a little higher, at $240. That’s either a typo or a really good deal. Or maybe you should just assume that placing an order for this little computer is a bit of a lottery – maybe you’ll get plenty of memory or storage, or maybe you should think of it as a barebones system and just plan on bringing your own.

The product listing also says that the system comes with a choice of Linux or Windows 10, with the latter being the default option. But at this price I wouldn’t be surprised if the computer ships with an unlicensed copy of Windows, meaning customers might need to pay to activate the operating system.

Still, it’s interesting to see a Chinese PC maker offering a low-cost, low-power mini PC built around AMD’s entry-level processor, since it shows what’s possible. It’s possible we could see more little computers like this in the future. 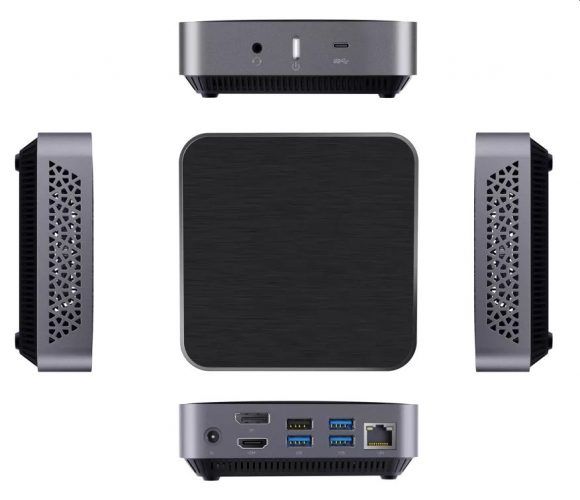 The Athlon 300U is an older chip at this point, having launched in 2019. It’s a 14nm chip with a base clock speed of 2.4 GHz, support for boost speeds up to 3.3 GHz. The dual-core processor supports hyperthreading, so it’s a 2-core, 4-thread chip. And  it has 1 GHz Radeon Vega 3 integrated graphics.

While the processor isn’t exactly a powerhouse, it does have the benefit of being cheap, which is what makes it possible for device makers to sell computers powered by this processor for under $300.

The AM02 mini PC features an M.2 slot for PCIe NVMe or SATA storage, support for dual-channel DDR4 memory, and built-in support for WiFi and Bluetooth.

The computer comes with a charger, HDMI cable, and a wall mount bracket.