It’s a Linux-friendly computer with support for GNU/Linux and/or Android-based operating systems. And with LPDDR4 memory, eMMC storage, and an M.2 slot for an optional SSD, it’s also fairly versatile. The Firefly Station M2 is available for $79 and up during a launch promotion. 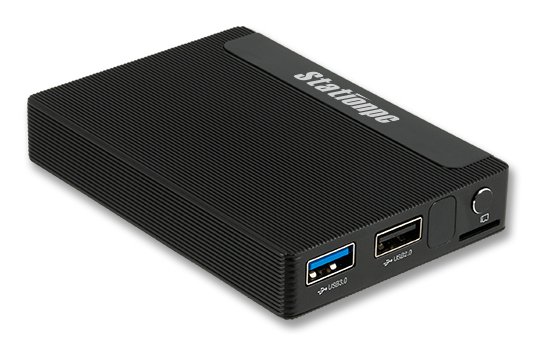 That’s the starting price for a model with entry-level specs though, and the price will go up in a few weeks. Here’s the breakdown of the pricing/configuration options available:

The Firefly website also mentions that the computer supports up to 8GB of RAM, suggesting that a higher-spec model may be available in the future.

Each version of the little computer has the same Rockchip RK3566 processor with Mali-G52 graphics, which marks an upgrade over the 1.5 GHz RK3328 quad-core ARM Cortex-A53 chip used in the previous-gen Station M1.

The new processor should deliver stronger all-around performance, but it also has upgraded graphics and a dedicated neural processing unit for hardware-accelerated artificial intelligence applications. 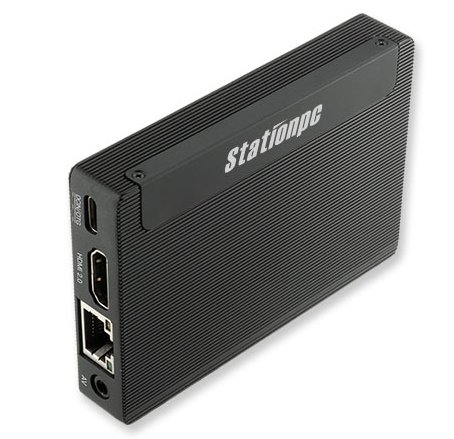 Other upgrades include the move from DDR3 to LPDDR5 memory, support for Bluetooth 5.0 and WiFi 5, and the M.2 slot. The Firefly website sends some mixed messages about what kind of SSDs the Station M2 supports: you can allegedly use a PCIe NVMe SSD, but the website also mentions read & write speeds up to 400 MB/s, which would be on the low side even for a SATA III SSD. But it is faster than most eMMC storage modules.

Ports include a USB-C port for power and data, USB 3.0 and USB 2.0 Type-A ports, HDMI 2.0 and Gigabit Ethernet, a 3.5mm audio jack, and a microSD card reader. There’s also an IR receiver for use with a remote control (sold separately).

If all of this seems somehow familiar, that’s because the heart of the Station M2 is likely the Firefly ROC-RK3566-PC single-board computer (SBC) that we looked at earlier this year. The key difference is that the Firefly Station M2 has a case, and the ROC-RK3566-PC comes without a chassis. 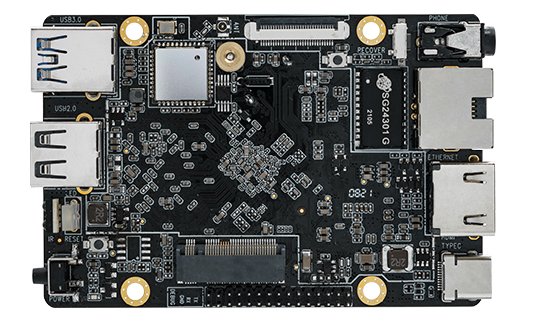