Wireless headphones are getting better all the time. Wireless earbuds too. And then there’s another, weird category – wireless, wearable speakers. They’re basically neckbands with speakers that point upward, allowing you to listen to music, podcasts, or just about anything else without sticking anything over or in your ears.

Sony launched a pair a few years ago for $300, and now the company is back with a new model called the Sony SRS-NB10 which will sell for half the price when it hits the streets in September. And while I’ve been skeptical of the concept in the past, honestly in 2021 the idea of a wearable speaker doesn’t seem all that strange. 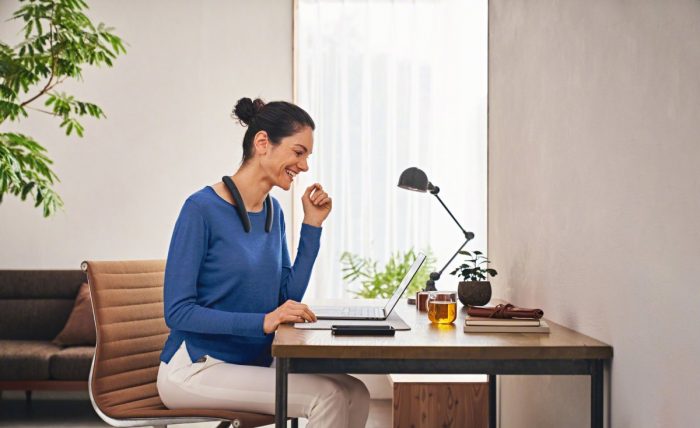 Sony is positioning its new Bluetooth neckband speaker as a “work-from-home companion,” at a time when there are a lot more people working from home due to the global COVID-19 pandemic.

And that actually makes a lot of sense. The speaker won’t pinch your ears or block you from hearing other things in your environment like kids, pets, or spouses who may need your attention. But they’ll let let you hear music, voice or video calls, or just about anything else.

The speakers point upward in a way that should make audio easy to hear if you’re wearing them, but less clear if you’re nearby. So while another person in the room won’t exactly hear nothing, they might not hear things as clearly as you do. And if you’re not sharing your home office space with others, then the ability to get up and walk around during a call without wearing a more traditional headset could come in handy. 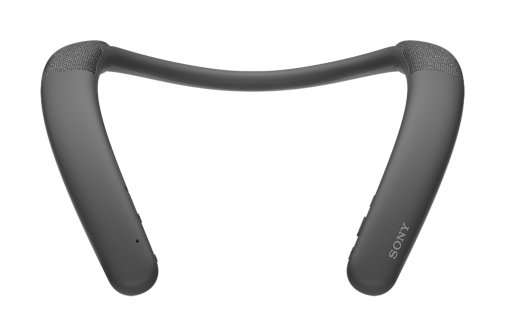 Sony says the NB10 also has two beamforming microphones and audio signal processing for picking up your voice during calls and minimizing feedback and echo. There’s also a mic mute button on the neckband as well as play/call buttons for resuming music and/or answering phone calls.

The NB10 isn’t fully waterproof, but with an IPX4 splash-proof rating, you can probably risk keeping it on while you wash dishes.

Sony promises up to 20 hours of battery life, but if the speakers do run out of juice, you can use a USB-C charger to plug in the neckband for about 10 minutes to get an extra hour of battery life.

Wearable speakers has been around for at least the past five years or so, but maybe now its an idea whose time has finally come.