S2 Music Player is a new Android app that not only presents a simple, clean user interface for listening to music and managing songs stored on your phone, but also for streaming music from a home server using Jellyfin, Emby, or Plex (although Plex support isn’t available yet).

Developed by the maker of the popular Shuttle music player (one of the first Android apps I ever paid for), the new version brings a number of new features and improvements. But the main reason I’m writing about it? The developer has come up with a clever, unusual, and kind of funny way to get users to pay to keep using the app after their 2-week free trial expires. 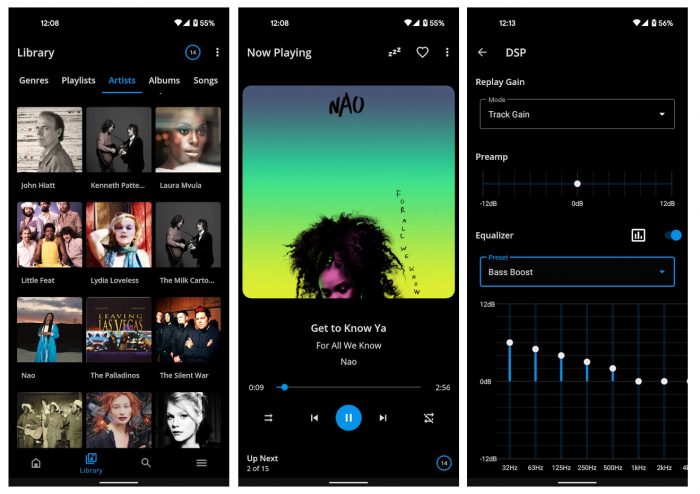 After the two week trial ends, you’ll probably want to pay to keep using it – you can unlock the full version for $7.49 or if you’d rather pay a subscription rate you can pay $4.49 per year or $0.99 per month. Those are the US prices, but things may vary a bit for folks in other countries.

And if you don’t pay? According to the developer:

The app will continue to work, but the playback speed will increase by a small amount each day, until you lose your mind.

In addition to supporting local and streamed music libraries, S2 has a number of useful features including EQ and preamp settings, customizable themes, support for Android Auto, support for displaying lyrics (when QuickLyric is installed).

It also includes its own media scanner that does a better job of reading tags than the default Android MediaScanner, lets you choose the folders you want to scan, and offers native support for codecs including FLAC and Opus.

You can also use S2 to listen to audiobooks or other long-form content, since it can remember track positions. 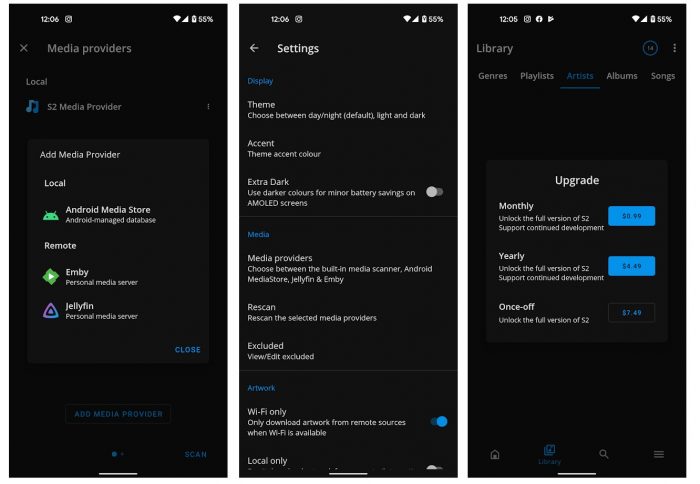 There are a few features that aren’t available yet, but which are on the roadmap. Those include Plex support, the ability to sync playlists to the android MediaStore (so you can use them with other apps), artwork editing, and importing and exporting .m3u playlists.