RetroArch is a popular, cross-platform tool that lets you play classic console games on a variety of operating systems including Windows, macOS, Linux, Android, and iOS.

Now the developers have announced that RetroArch is also available from the Amazon Appstore, making it a little easier to play classic games on an Amazon Fire TV or Fire tablet, no sideloading required. 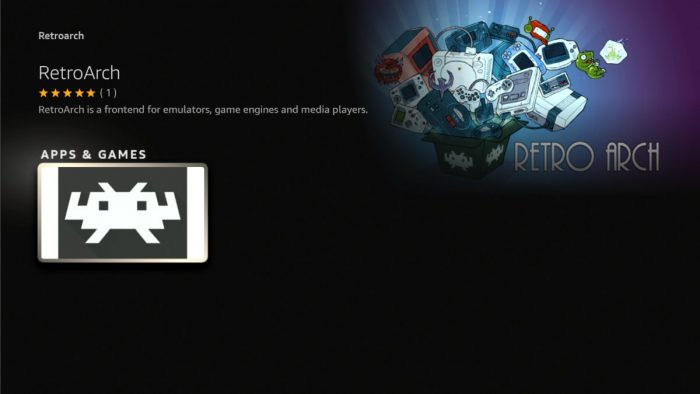 RetroArch isn’t an emulator in its own right, so much as a front end for other emulators, game engines, and other software such as media players. So once the application is installed, you’ll also need to install cores for the systems you want to emulate.

There are cores available for systems including the Nintendo and Sony PlayStation consoles and a whole bunch of other platforms including Atari, Amstrad, Commodore, Sinclair, SNK, and even DOS as well as game engines like ScummVM (for playing classic point-and-click games like The Secret of Monkey Island).

Just keep in mind that performance will likely vary depending on your hardware – Amazon’s Fire devices tend to be budget gadgets that prioritize price over performance so PS2 and Wii emulators probably aren’t going to run very well.

One other thing to keep in mind is that RetroArch’s developers note that the software will work best with a game controller, as many of those emulator and game engine cores aren’t designed for touch input and none, to my knowledge, are designed for use with an amazon Fire TV remote control.