The Opera web browser is available for a range of operating systems including Windows, Mac, Linux, Android, and iOS. Now the makers of the browser want you to install it on Chromebooks as well.

Technically that’s something you’ve been able to do for a while by enabling support for Android or Linux apps on a Chromebook. But now Opera has announced that it’s optimized its Android app with keyboard and touchscreen features, which means that if you download the Android version of the browser for Google Play, it will work a little better on Chrome OS devices. 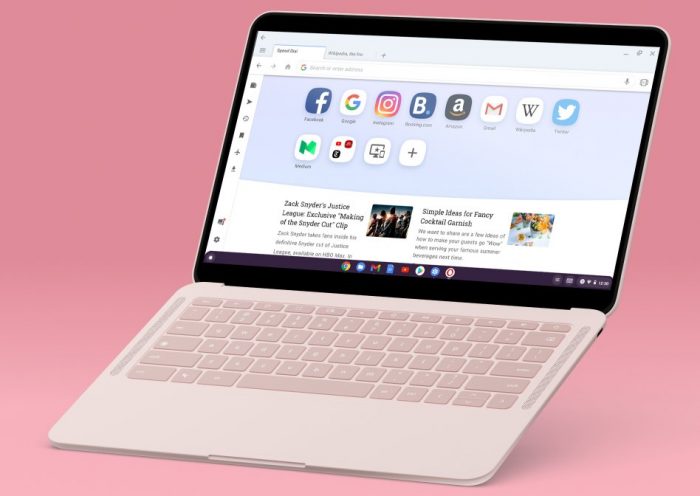 Under the hood Opera uses the same Blink web rendering engine as Google Chrome, so don’t expect any massive differences in speed or performance. But Opera does have some standout features including a built-in ad blocker, VPN support, and a crypto wallet if that’s something you need or want in a web browser.

There’s also integrated support for messaging via WhatsApp, Telegram, Twitter, Facebook Messenger, and Instagram. And the browser offers users a choice of light or dark modes, with five different color themes that are available in both modes.

One of the key reasons to buy a Chromebook is for its simplicity – the operating system puts the Chrome web browser front and center and by default your data is already synchronized between all devices that you’ve signed into with your Google account.

But folks have been installing third-party browsers (and even third-party operating systems) on Chromebooks for about as long as Chromebooks have been around. And now I guess Opera is making it a little easier to do that for folks that don’t want to go through the trouble of enabling support for Linux apps to install an alternative desktop/laptop-friendly browser.

Opera for Android is available from the Google Play Store and the latest version should run at least as well on phones as it does on Chromebooks.