MediaTek has become a major player in the smartphone and Chromebook space in recent years with a wide range of entry-level, mid-range, and budget chips for each. The company’s processors also power a number of budget tablets including Amazon’s Fire tablet family and Lenovo’s entry-level Android tablets.

Now MediaTek wants in on the premium tablet space, and the company has introduced the new Kompanio 1300T processor designed for high-performance Android tablets. What remains to be seen is whether there’s really much of a market for those. 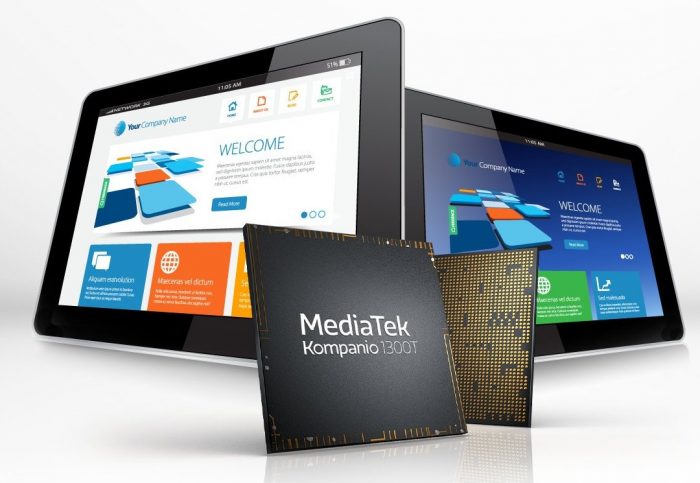 It’s possible that Huawei’s entry in this space could prompt more device makers to launch premium tablets (or mid-range tablets with premium features). But Android tablets have long suffered from a chicken-and-egg conundrum: people tend to complain that it’s not worth spending much money on Android tablets because there aren’t many Android apps optimized for large displays, but there’s not much incentive for developers to create tablet apps if there aren’t many people using Android tablets.

Anyway, the MediaTek Kompanio 1300T does look like a decent chip on paper. It’s an octa-core processor that features:

MediaTek says it can support display resolutions up to 2560 x 1440 pixels at 120 Hz, camera systems with up to 108MP cameras and 4K video recording and playback, and wireless features including WiFi 6, Bluetooth 4.2, and sub-6 GHz 5G mobile networks (for data and/or voice).

The chip can be used in tablets with LPDDR4x-2133 memory and UFS 3.1 storage.

The chip is similar in a lot of ways to MediaTek’s Dimensity 1200 processor for premium smartphones, but the tablet version has a more powerful GPU and support for higher-resolution displays.