Chinese chip maker Loongson has been making processors based on MIPS architecture for more than a decade, but earlier this year the company announced plans to begin producing chips using its own LoongArch instruction set architecture (ISA).

Now the first LoongArch chip has arrived. The Loongson 3A5000 is a 64-bit, quad-core chip with support for clock speeds up to 2.5 GHz. But the most important thing from the perspective of Chinese PC makers may be that Loongson says it didn’t need to license technology from foreign companies to design the new chip. 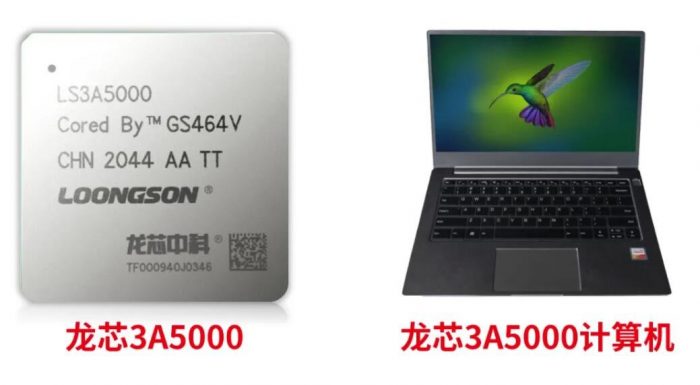 According to a report from CNTechPost, Loongson’s new chip is said to deliver up to a 50% performance boost over the company’s previous-gen, MIPS-based processors, while reducing power consumption by 30%.

That said, initial benchmark results submitted to the OpenBenchmarking website show that the chip isn’t all that competitive with modern Intel, AMD, or ARM processors, with a 5-year-old, 15-watt Intel processor running circles around the 3A5000 in one test, for example.

It’s also said to be pin-to-pin compatible, meaning PC makers who had been using older Loongson chips should be able to support the 3A5000 with minimal modifications.

Other features include support for DDR4-3200 memory and a “secure and trusted module” with built-in support for hardware encryption. And yes, I know some folks are going to complain that they wouldn’t trust encryption from a Chinese company to be free from backdoors, but it’s unlikely that Loongson’s new processor will be available in any computers sold outside of the company’s home country anyway.

According to ITHome, Loongson is also launching the first LoongArch chip designed for servers. the Loongson 3C5000L is basically a bundle of four 3A5000 processors that work together as a 16-core chip to deliver stronger performance for cloud computing and data center applications. 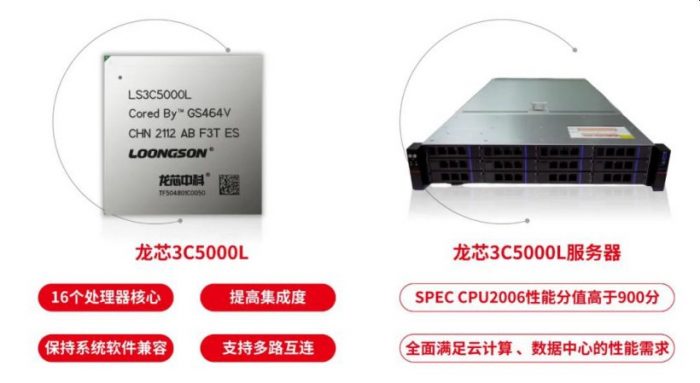 via Tom’s Hardware and Phoronix