The Game Boy Camera is a digital camera released in 1998 as an accessory for Nintendo Game Boy handheld game consoles. It allowed users to snap low-resolution, pixelated black and white images. You can save up to 30 images at a time, but the only way to get the images off the  Game Boy was to use a Game Boy Printer to make a hard copy.

Now YouTuber Matt Gray has come up with a way to wirelessly transfer images to a smartphone so you can view those crappy images on a modern, high-res, high-color display without wasting paper. Meanwhile, YouTuber RetroGameCouch figured out how to use a Game Boy camera as a webcam that works with Zoom, Google Meet, and Microsoft Teams meetings.

Gray built what he calls a “Game Boy Camera Fast WiFi Adapter” that’s basically wireless hotspot with a cartridge slot on top. Here’s how it works:

The DIY wireless adapter is made from a Raspberry Pi Zero W, a Game Boy card reader, a battery and charger, a USB OTG cable, a 3D printed case and some custom software that tells the whole thing to act as a WiFi hotspot and download images from the camera whenever it’s powered up.

Photos snapped with the Game Boy Camera are 128 x 112 pixel images limited to a 4-color grayscale color palate. So it’s probably not going to be most people’s first choice for taking new pictures today.

But this DIY adapter means that not only can Gray save pictures shot 20+ years ago when the Game Boy Camera was new and digital photography was generally not that good, but he can also shoot and save more images today.

Gray says he has no plans to produce and sell the adapter. But you can find a parts list, code, and 3D printer files necessary to make your own at GitHub.

Update 7/25/2021: It turns out that transferring photos to your phone isn’t the only way to make an old Game Boy Camera feel brand new. You can also use a Game Boy camera as a webcam. 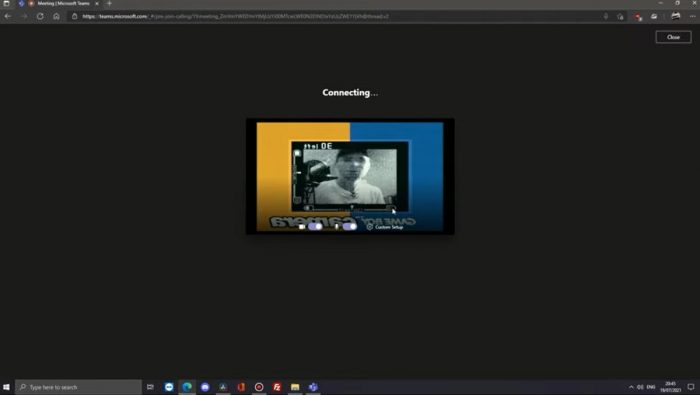 Doing this involves off-the-shelf hardware rather than custom components. But it might not exactly be stuff you have lying around the house. You’ll need:

In a nutshell, you plug the camera into the cartridge, plug that into the console, then run the video out from the SNES, through the upscaler, and into your computer via the capture card so that it can function as a webcam for low-res, 4-color images that seem to refresh a few times per second.