Smart glasses haven’t really taken off since Google first unveiled Google Glass in 2012. But that hasn’t stopped companies from building smart features into eyewear over the years. One of the latest examples is TCL’s new NXTWEAR G Wearable Display Glasses.

As the name suggests, the NXTWEAR G isn’t a standalone device, but rather a pair of wearable displays designed to work with your phone or computer, allowing you to watch movies, play games, or engage with other content on a virtual big-screen display right in front of your face. It’s unclear if this technology will be any more popular than other wearable displays, but it does have some advantages. 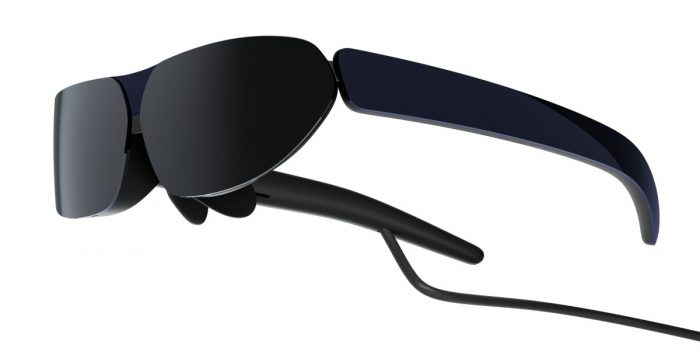 TCL’s wearable display is basically a dumb screen that connects to your phone via a USB-C cable. That means it can be lightweight (the glasses weigh about 100 grams (3.5 ounces), while the glasses + cable are just 130 grams (4.6 ounces).

It also means you don’t have to worry about battery life… because there’s no battery. The NXTWEAR G draws power straight from your phone.

The glasses feature dual 1920 x 1080 pixel displays featuring Sony micro OLED display panels with 60 Hz screen refresh rates. TCL says looking at the screens placed right in front of your eyes is sort of like viewing a 140-inch display from about 13 feet away. 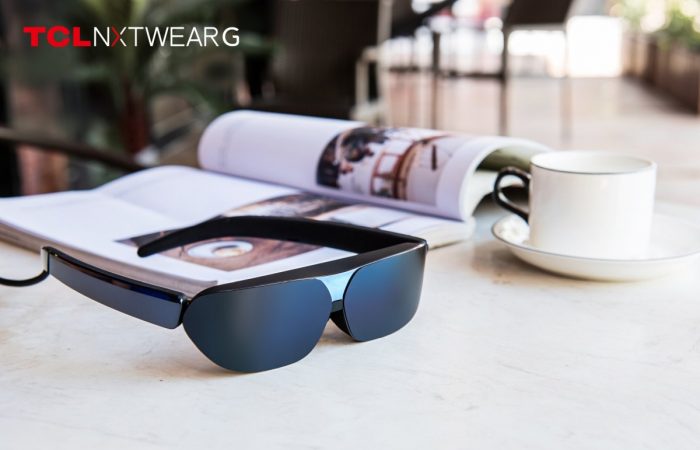 There are also stereo speakers and a set of motion sensors including an accelerometer, gyroscope, compass, and proximity sensor.

TCL’s list of compatible devices is somewhat humorously long, including most recent smartphones, laptops, and convertibles… and even some older or discontinued models like the HTC 10, BlackBerry Key2, and Microsoft Lumia 950. Basically if you’ve got a device that supports video output over a USB-C cable, it should work.

The glasses have an “open-fit” design, which means they aren’t completely immersive. You can look down past the bottom to see your fingers interact with a keyboard, for example, without taking the glasses off. But since they fit like a normal pair of glasses, there’s no need for a head strap or any other accessories beside the USB cable.