The upcoming Samsung Galaxy Chromebook Go is a 14 inch laptop with budget specs including a 1366 x 768 pixel display and an Intel Celeron N4500 dual-core processor. But it has a few special features including optional support for 4G LTE and support for up to 8GB of RAM and 128GB of storage (which is a lot, by budget Chromebook standards).

Samsung hasn’t officially launched the Galaxy Chromebook Pro yet, but the company has (prematurely?) published details on the Samsung Mobile Press website.

Update: The Samsung Galaxy Chromebook Go is official, and it’s now available for $300 (for a WiFi-only model). 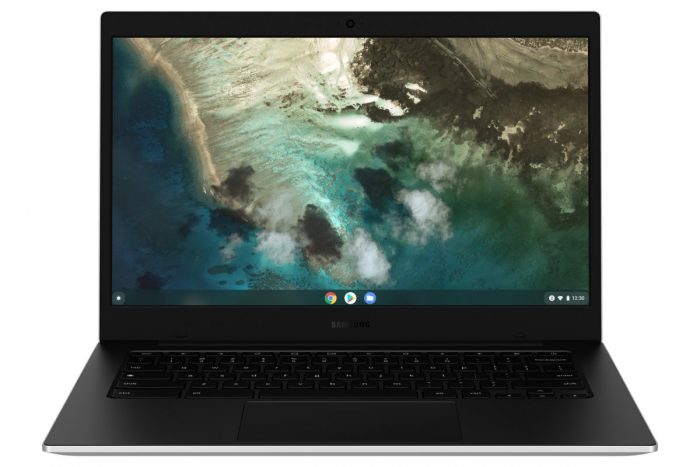 In addition to optional support for 4G LTE on some models, the laptop supports Bluetooth 5.1 and WiFi 6, also known as 802.11ax. Ports include two USB Type-C ports, one USB 3.2 Type-A port, a 3.5mm headphone jack, and a microSD card reader. 4G models will also have a nano SIM card slot.

There’s no word in the price yet, but all signs point to fairly inexpensive.

One interesting thing about the Galaxy Chromebook Go is that it seems to be named similarly to the recently-launched Samsung Galaxy Book Go. That machine is also a low-cost laptop with optional support for 4G LTE. But the Galaxy Book Go features a 1080p display, a Qualcomm Snapdragon 7c Gen 2 processor, and it runs Windows 10 on ARM software.

It’s a little surprising that Samsung would choose such a similar name for a Chromebook with such a different feature set. But over the past few years we’ve seen a growing trend of device makers slapping “Go” at the end of the name of computers designed with portability and affordability in mind. See the Microsoft Surface Laptop Go and Google Pixelbook Go as examples.