The Reinkstone R1 is a 10.1 inch tablet or eBook reader with a 2232 x 1680 pixel electronic paper display that can show 4096 colors. You can use the device to read or annotate eBooks thanks to support for an optional pressure-sensitive pen.

But thanks to 4GB of RAM, 64GB of storage, and a 1.8 GHz ARM Cortex-A55 quad-core processor, it basically has the guts of an Android tablet… and it runs an Android 11-based operating system. The makers of the Reinkstone R1 launched a Kickstarter crowdfunding campaign for the color ePaper tablet today today and it’s expected to ship to backers in November… but there are a few things you should probably know about the Reinkstone R1 before pulling out your wallet. 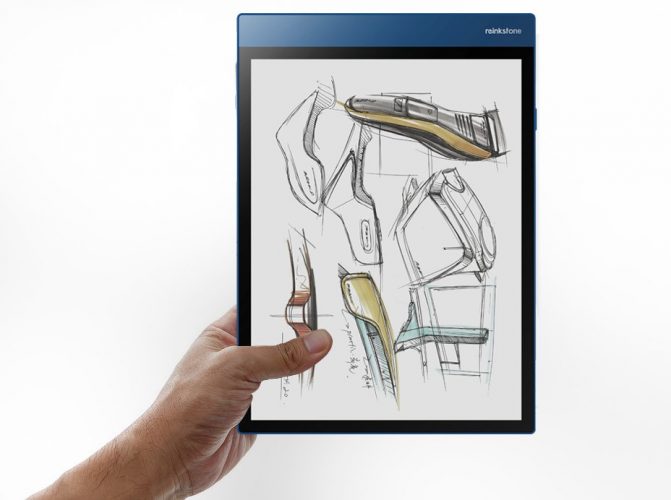 The first is that while the Reinkstone has an electronic paper display, it does not have an E Ink screen.

There are a growing number of eReaders on the market with color electronic paper displays thanks to E Ink’s new Kaleido display technology. The Reinkstone R1 is not one of them. Instead, this device has a 10.1 inch DES New Color ePaper display.

According to a comparison by the folks at Good eReader the display technology is a little different, and it results in more “ghosting,” or remnants of the previous image showing up on the display when you refresh the screen.

The Reinkstone R1 also has a tool that lets you disable color altogether if you want to ensure that you’re getting the full 280 ppi, something you cannot easily do on devices with E Ink screens.

While the display technology is the biggest differentiating factor, there are a few other things that make the Reinkstone R1 stand out from devices with E Ink Kaleido displays like the Onyx BOOX Nova3 Color, Onyx BOOX Poke2 Color, and PocketBook InkPad Color. 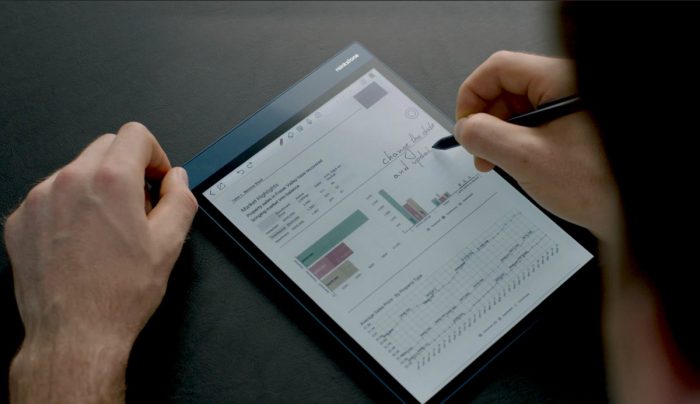 The Reinkstone R1 is also more tablet-like than some competing devices. It has built-in stereo speakers and dual microphones, allowing you to use it to make voice calls, for example. And it has a 4,500 mAh battery that’s said to offer up to 3 weeks of run time.

And while the Reinkstone R1 isn’t the first E Ink device to ship with an Android-based operating system, it is one of the first I’m aware of to run Android 11.

But while that means you can sideload most Android applications, it’s worth keeping in mind that the display is a high-contrast, low-power screen illuminated by a front light. The fastest screen refresh rate you can expect is around 7 to 8 frames per second, which makes this device unsuitable for watching video or playing most games. 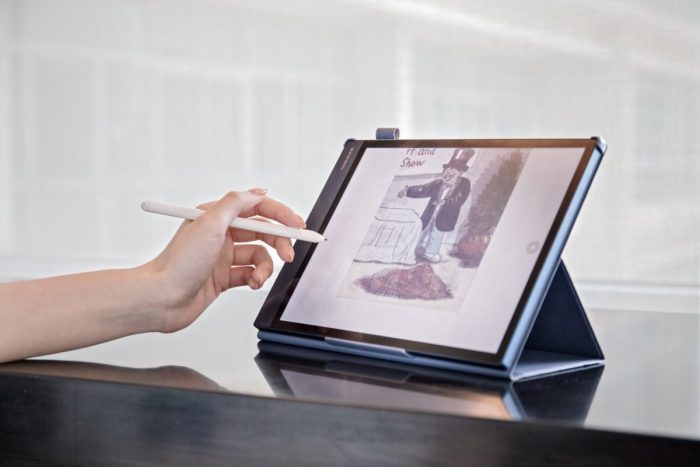 The optional Reinkstone stylus is an EMR pen with support for 4096 levels of pressure sensitivity and writing latency of 40ms in black and white mode or 50ms in color.

Super Early Bird pricing started at $329, but those rewards sold out quickly. A limited number of folks might be able to snag a Reinkstone R1 Early Bird special for $379 before the regular Kickstarter pricing of $429 kicks in. That’s still a 22-percent discount off the expected retail price of $549.

One more thing I should probably point out about the Reinkstone R1 – the company contacted me in April to see if I’d be interested in reviewing the device. I said I would, but then I never heard from the company again until the Kickstarter campaign launched today. While that doesn’t inspire a great deal of confidence, it does look like Good eReader got their hands on a pre-release prototype, suggesting that there’s at least one real, functional product out in the wild.