The Lenovo ThinkPad X1 Extreme is a compact mobile workstation-class laptop that weighs about 4 pounds, but which packs a lot of horsepower. This summer Lenovo is refreshing the ThinkPad X1 Extreme by equipping it with a new Intel Tiger Lake-H processor and support for up to 64GB of RAM, 4TB of storage, and NVIDIA GeForce RTX 3080 graphics.

The ThinkPad X1 Extreme Gen 4 also has an updated design featuring a 16 inch display with a 16:10 aspect ratio and slim bezels around the screen. This year’s model also has a wider touchpad, louder speakers, and a 1080p webcam.

Lenovo says the laptop will be available in August for $2149 and up. 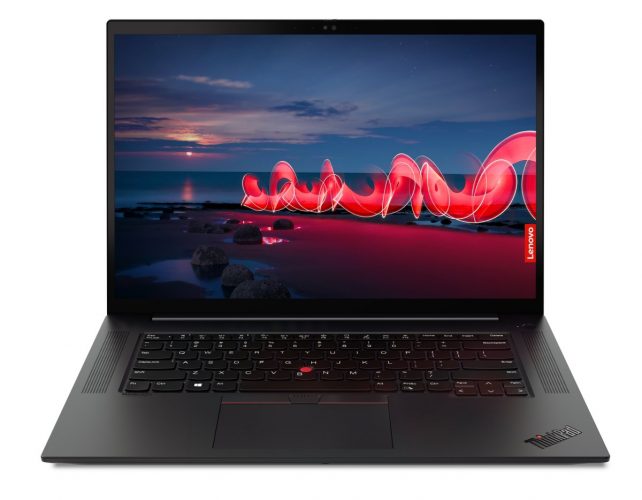 The notebook measures 14.1″ x 10″ x 0.8″ and has a starting weight of just under 4 pounds. But in addition to supporting high performance CPU and graphics options, the ThinkPad X1 Extreme is a fairly versatile computer.

There’s a fingerprint sensor built into the power button, support for an optional IR camera for face recognition, and ports including two Thunderbolt 4, two USB 3.2 Gen 1 Type-A, an HDMI port, a headset jack, and an SD card reader. And the laptop has stereo upward-facing speakers with Dolby Atmos audio.

Wireless features include support for WiFi 6E, Bluetooth 5.2, and optional support for 5G and/or 4G LTE.

The laptop is powered by a 90 Wh battery and depending on the configuration, it will come with a 135W, 170W, or 230W power supply.

In addition to the updated processor, graphics, and display, the new model also has an improved cooling system featuring dual fans, a vapor chamber, and an airflow system that includes a new air intake keyboard with holes that allow air to flow in from both the top and bottom of the laptop to prevent either side from getting too warm. 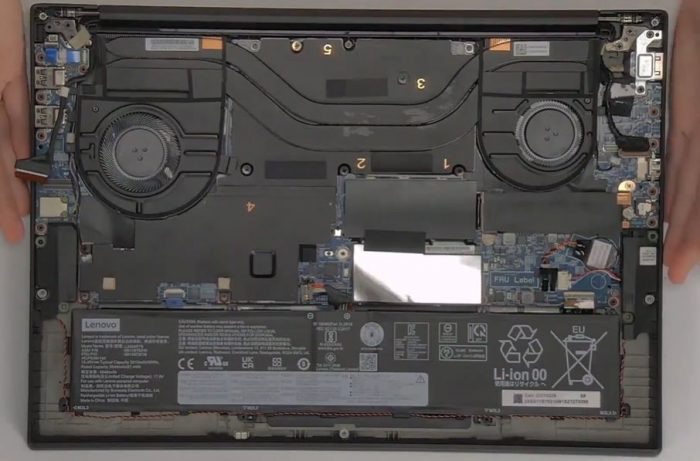 If the new design looks familiar, that’s because the ThinkPad X1 Extreme Gen 4 is basically the consumer version of the ThinkPad P1 Gen 4 unveiled earlier this month. That model looks nearly identical, but it’s aimed at business and professional users and supports NVIDIA RTX A5000 professional graphics and Intel Core or Xeon processor options.