The Lenovo Yoga Tab 13 is an Android tablet with premium specs including a Qualcomm Snapdragon 870 processor, quad speakers, 8GB of RAM, and at least 128GB of storage. But this 13.3 inch Android tablet is also a multi-function device that you can use as a portable monitor thanks to an HDMI input. 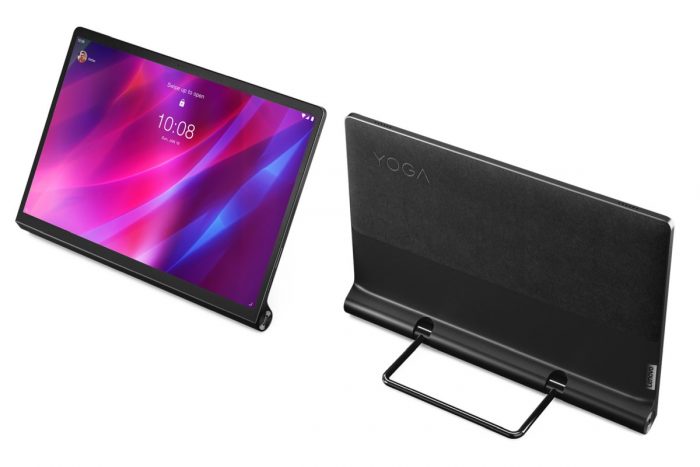 First announced in China earlier this year where the tablet is sold as the Lenovo Yoga Pad Pro, the new Lenovo Yoga Tab 13 is coming to the United States this summer for $680 and up.

That’s on the expensive side for an Android tablet, but the price is in the same ballpark as Samsung’s Galaxy S7 series tablets. Like Samsung’s tablets, the Lenovo Yoga Tab 13 can be used with a pressure-sensitive pen (Lenovo’s Precision Pen 2), and features the kind of hardware you’d expect from a decent smartphone. 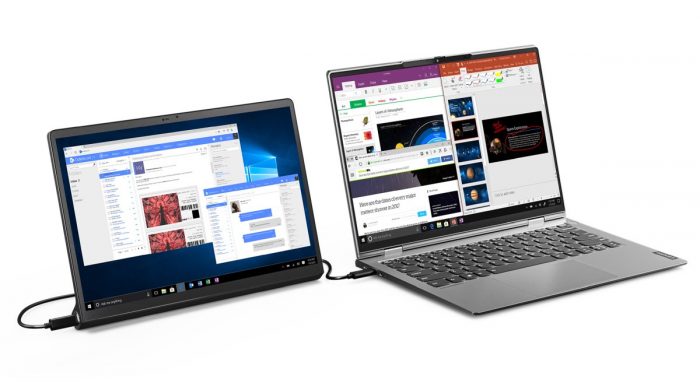 But there are a few key differences. In addition to supporting audio and video input via HDMI, Lenovo’s tablet has a built-in kickstand and a “barrel” style hinge with the battery packed into the thick end to help balance the tablet when it’s propped up on the table or give you a thicker side to grip when holding the tablet in one hand.

Lenovo’s tablet has a “shadow black” exterior with Alcantara fabric covering the back.  And you can also flip the kickstand out 180 degrees and use it to hang the tablet from a wall or door hook.

Here are some key specs for the Yoga Tab 13: