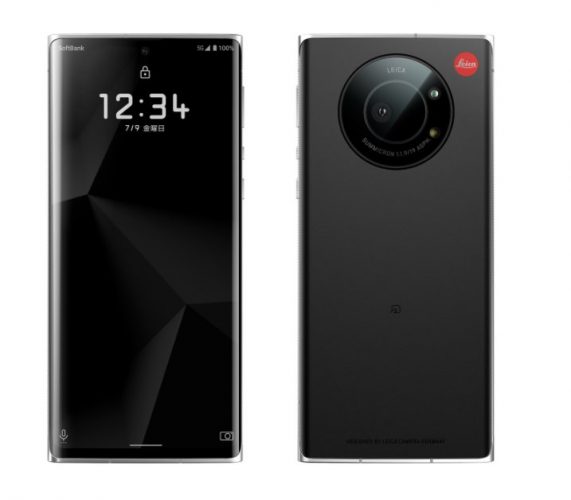 The phone has impressive specs including a 6.6 inch, 2730 x 1260 pixel IGZO OLED display with a 120 Hz refresh rate, a Qualcomm Snapdragon 888 processor, 12GB of LPDDR5 RAM, 256GB of UFS 3.1 storage, and a microSD card reader with support for up to 1TB of removable storage.

The stand-out feature though, is the Leica camera, which has a 1 inch, 20.2 megapixel image sensor, a 7-element wide-angle lens, an f/1.9 aperture, and support for 4K video recording. There’s also a time-of-flight sensor, laser autofocus, and an LED flash. But since there’s only a single camera on the back, you’ll need to rely on digital zoom or cropping if you want to get closer to the action (or, I guess, you could just move the phone closer).

If the Leitz Phone 1 looks familiar, that’s because while the camera tech comes from Leica, everything else seems to come from Sharp – the smartphone is basically a clone of the Sharp Aquos R6 which launched in Japan in May.

There is one small difference – Sharp’s version of the phone has just 128GB of storage, while the Leica-branded model comes with twice as much.