Microsoft has released the first major Windows 10 update of 2021. Windows 10, version 21H1, also known as the May 2021 Update, begins rolling out today to some computers, and it should be available more widely in the coming weeks.

For the most part this isn’t a particularly flashy update – this fall we’re likely to see big changes to the user interface and other highly visible areas of the operating system. But the Windows 10 May 2021 Update does have a few (very) small changes. 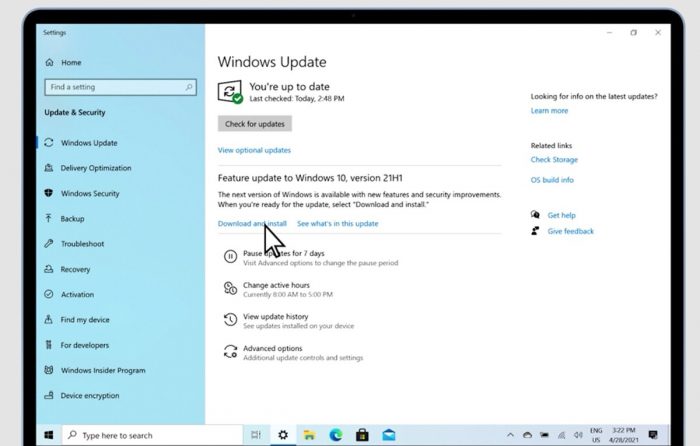 As explained in February, those changes include:

That’s… about it for big new changes. Of course, like all major Windows updates, the May 2021 Update also includes all the security updates and bug fixes released in monthly updates since the Windows 10 20H2 update was released last year.