It’s been almost a year since reports made the rounds that Lenovo was working on Android tablet that you could also use as a portable monitor thanks to HDMI input. Now it looks like Lenovo may be planning to launch that tablet soon.

Lenovo has shared an image on Chinese social media network Weibo that sure looks like it could be the upcoming Lenovo Yoga X. 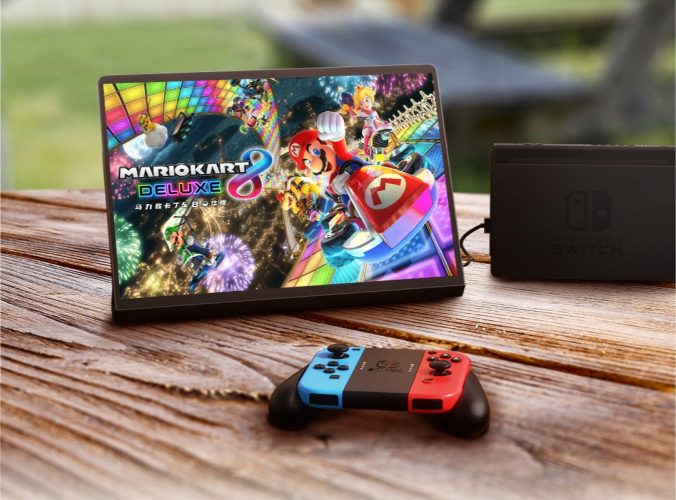 The picture shows a device that seems to have the same basic design as other Yoga-branded Android tablets, including a thick, cylindrical base where you’ll find the batteries and which allows you to hold the tablet by the thick end as if it were a folded magazine. There also appears to be a kickstand, which isn’t shown, but which would explain how the device is standing up.

But the most interesting thing about the image is that it shows the tablet connected to a Nintendo Switch dock and displaying Mario Kart Deluxe 8, indicating that there’s an HDMI input that allows you to use the tablet as a portable display.

You can also presumably unplug the Switch (or whatever else is plugged in), and use the device as a standalone tablet.

But there’s no official word yet on the price or release date, and no information about whether the multifunctional tablet will be available outside of China. But given that it would be the first Lenovo Yoga Android tablet with an unusual bonus feature to be sold internationally, I’m guessing that it will get a global launch at some point.