Samsung’s Galaxy Upcycling at Home is a program designed to breathe new life into old smartphones by letting you repurpose the hardware for new uses. At least that’s the idea.

But when the program rolled out in beta in April, only Android 9 phones released in 2018 are supported – you know, phones you might actually still be using as phones. And if you do have a compatible device consigned to a drawer, there are only a handful of things you can do, like use it as a light sensor for smart home gadgets or a sound sensor that alerts you to things like the sound of a baby crying.

Originally though? Samsung Galaxy Upcycling at Home was supposed to be so much more.

The folks at internet repair shop iFixit had been collaborating with Samsung on the project as far back as 2017. Now that Samsung has begun rolling out the services, iFixit notes that it’s a shadow of its former self.

Here was the original idea behind Upcycling at Home:

That open market was supposed to let anyone create and upload their own applications to the Upcycling website, and even use it to sell associated hardware. For example, a promotional video shows a smart fish tank app that could use the phone as the brains of a system that could detect water quality, dispense fish food, and turn a light on or off using a handful of third-party sensors that would be connected to your old phone. Even the hardware could be sold through the Galaxy Upcycling website.

The idea behind Upcycling is sound – rather than throw away or even recycling your old hardware, you could keep on using it for longer, which would cut down on electronic waste. You might even be able to hold off on buying other new hardware like security cameras or smart home controllers if your old phone can perform those functions.

But, as iFixit notes, at this point UpCycling basically lets you take a phone that you could probably still sell for over $150 and use it as if it were nothing more than a $30 motion sensor.

What could have been: 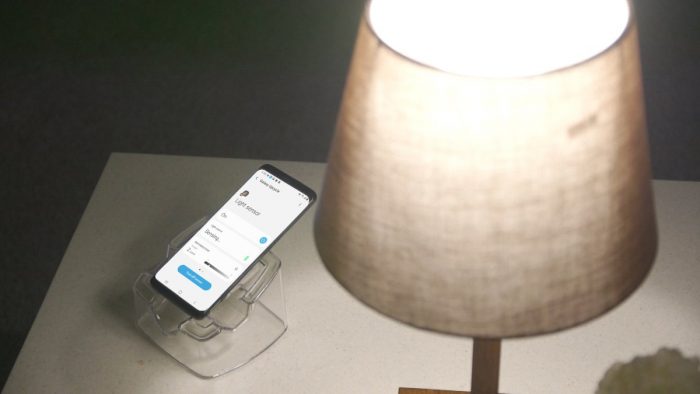 2 replies on “Samsung’s Galaxy Upcycling at home was supposed to be much, much better”