Flexible displays have been around for years at this point, making it possible for companies like Samsung, Xiaomi, and Lenovo to release foldable phones and tablets.

Now Royole is stretching the limits of flexible display technology… by introducing a screen that can not only be bent, but also stretched.

For now it’s just a research project, but the company says the stretchable displays could be used in “a world of new form factors that require elastic qualities” including health and fitness, sport, or transportation devices. 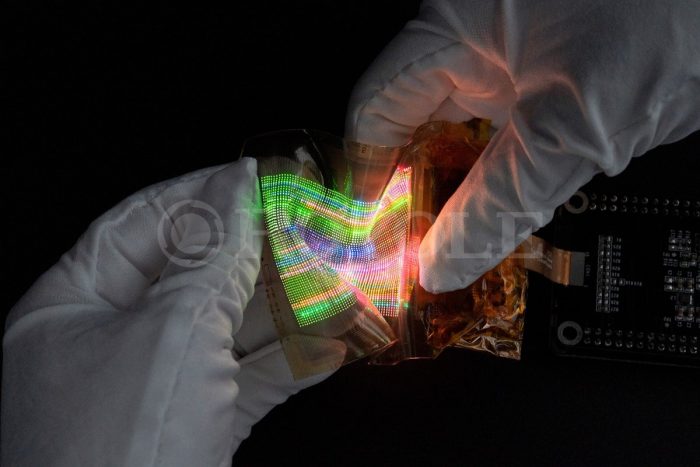 Royole’s stretchable display prototype is a 2.7 inch, 96 x 60 pixel micro LED display panel that can be bent and twisted in a variety of ways. The company says it can be used in spherical shapes for globes or maps, built into smart clothing and fabrics, or used in transparent OLED solutions for things like heads-up displays in car windshields or sunglasses.

While Royole says the display “is capable of 130% stretchability,” whatever that means, there are limits: it can only bend at a convex angle up to 40 degrees.

The company says it chose micro LEDs for its new stretchable display because their “ultra-low aperture ration and simple encapsulation provide enough space for stretchable pattern designs” that would be hard to achieve with AMOLED or LED displays.

There’s no word on if or when these stretchable displays will show up in real-world devices that you can buy, or if we’ll see similar technology from other display makers. But Royole has a history of being first to bring new display technology to market – the company launched the first smartphone with a flexible, foldable AMOLED display a few years ago. It just wasn’t a very good foldable phone.

One reply on “Royole develops a stretchable micro LED display”