Roku devices support hundreds of “channels,” allowing you to stream music and videos from Netflix, Amazon, Hulu, Disney, HBO, Spotify, and many other sources. But if you want even more control over your device, it’s now possible to jailbreak or root many recent Roku devices.

The new RootMyRoku software is a “persistent root jailbreak” that makes it possible to access protected files and settings on Roku devices, opening the door to installing unofficial apps or channels. 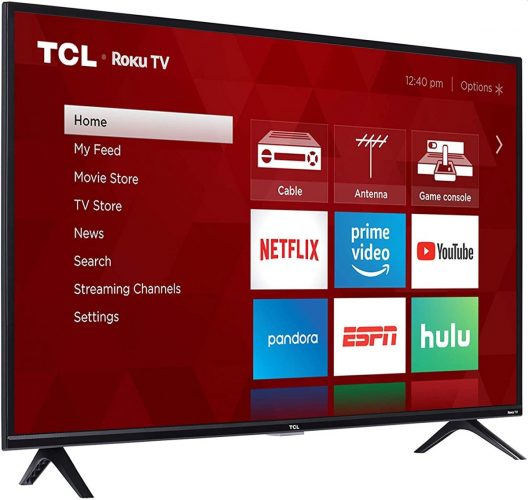 According to the developer, the jailbreak utility works on most recent Roku TV devices and some Roku set-top boxes. But your hardware will need to be running RokuOS v9.4.0 build 4200 and have a Realtek WiFi chip.

At this point there’s not much that casual users can do with a jailbroken Roku, but now that there’s a method for jailbreaking many current-gen devices, we could see a homebrew software development community emerge.

Developer /dev/null also notes that users may be able to host their own DNS, which could enable support for features like ad blocking and/or tracker blocking.

Roku has already begun rolling out RokuOS v10, but many devices have yet to receive that update. And if you do choose to jailbreak your device, RootMyRoku will block communications with Roku’s server to prevent your device from automatically updating and un-jailbreaking your Roku.

For that reason, you’ll also want to download any channels you want to continue using before jailbreaking your device, because you won’t be able to afterward. Note that this could cause problems over time, since channels will no longer be updated either.

This isn’t the first time developers found a way to root a Roku, enable developer settings and run unsigned code. We wrote about a similar jailbreak way back in 2013. But Roku pushed out a software update that not only prevented that method from working, but which also removed root access for devices that had already been jailbroken. That’s why the latest jailbreak severs the connection with Roku servers.

The risk of bricking your device is pretty low though, and you can always revert your device to its factory settings by performing a factory reset. This will remove your jailbreak and allow your device to connect to Roku servers for firmware and channel updates again. The only inconvenience is that you’ll need to login to your account and may need to manually update your settings and channel list.

You can find everything you need to jailbreak supported Roku devices in the RootMyRoku releases page at GitHub.

Update: In response to the disclosure of the new jailbreak utility and the exploit that enables it, Roku notes that the company has already released a software update that patches the vulnerability used by RootMyRoku. Here’s the company’s statement on the matter:

“As part of our continuous monitoring, the Roku security team identified and addressed vulnerabilities in the Roku OS – though these vulnerabilities did not expose customer data and we did not identify any malicious activity. We always want to do everything we can to maintain a secure environment for Roku, our partners, and our users, and we therefore mitigated the vulnerabilities and updated Roku OS 9.4 with no impact to the end user experience.”