Radxa’s Rock Pi 4 line of single-board computers are tiny Pcs that look a lot like a Raspberry Pi, but which feature Rockchip RK3399 hexa-core processors rather than Broadcom BCM2711 quad-core chips.

Now the company is introducing a new model called the Rock Pi 4 Plus that uses a slightly faster version of the processor and which comes with eMMC storage pre-loaded with a Linux-based operating system called Twister OS, making SD cards or other storage devices optional.

Prices are expected to start at $49 when the Rock Pi 4 Plus becomes widely available, although so far only higher-priced versions seem to be in stock at retailers including Amazon, AliExpress, and AllNet.China. 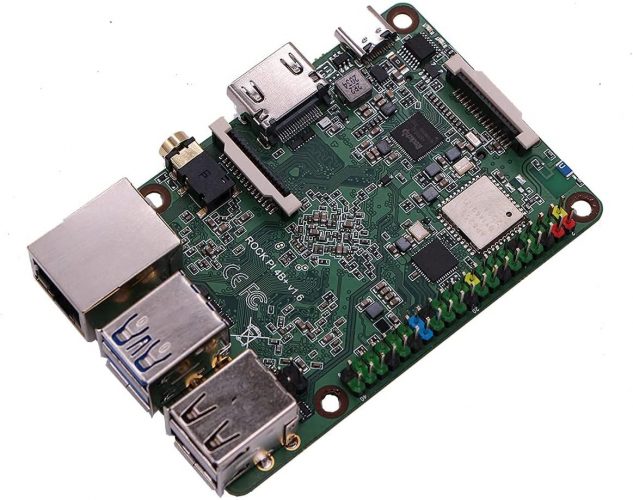 The new Rock Pi 4 Plus should be about 11-percent faster than the original version since it has the RK3399 OP1 processor with:

That’s a modest spec bump from the 1.8 GHz Cortex-A72 and 1.4 GHz Cortex-A53 cores used in the original Rock Pi 4. Other features remain unchanged, including the Mali-T860 MP4 graphics and support for LPDDR4-3200 memory. 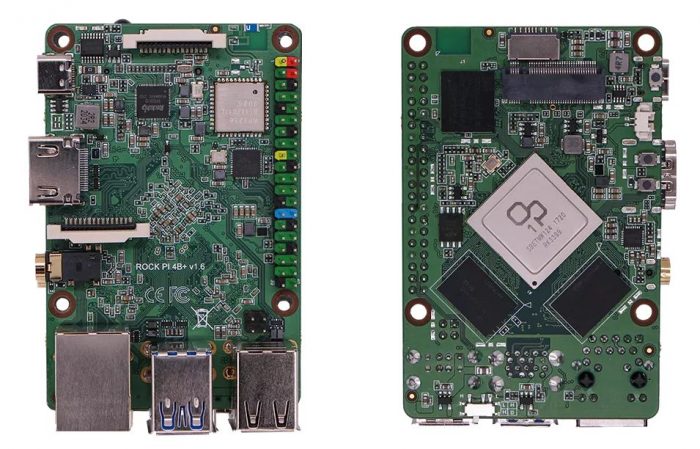 Despite the upgrade and addition of eMMC storage, suggested pricing is the same:

According to the AliExpress product listing, the computer may also be available with 64GB or 128GB eMMC options, although memory for all models tops out at 4GB. 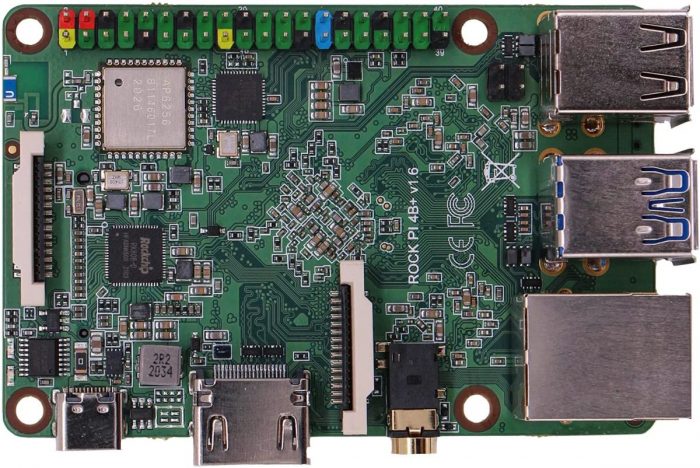 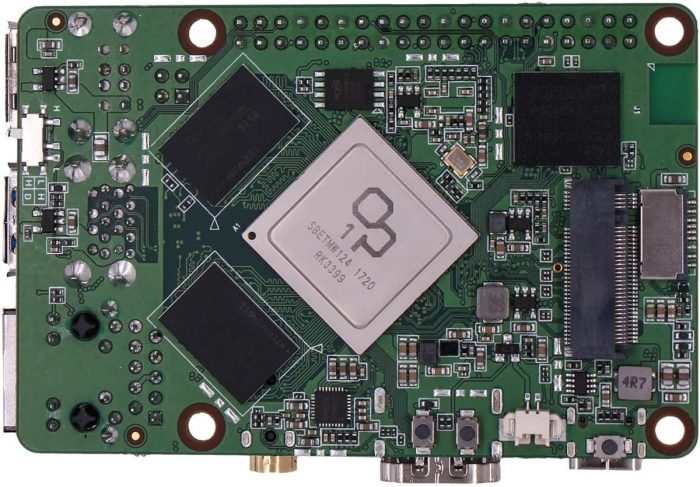 There’s also a microSD card reader and an M.2 connector with support for NVMe SSD storage. And the little computer has a 40-pin GPIO expansion header.

While the new Rock Pi 4 Plus models will ship with Twister OS, the computers should be compatible with other operating systems that run on the original Rock Pi 4, including Debian, Yocto, Armbian, and Android. You can find more information about software and development at the Radxa Wiki.