The Punkt MP02 is a $349 cellphone with an emphasis on simplicity. It has a 2 inch black and white display, a numeric keypad, and an emphasis on phone calls and text messages.

First released in 2018, the phone has some modern features that set it apart from old-school dumb phones, including support for 4G LTE and Voice over LTE, but it’s a phone that’s designed to be… a phone, and not a do-it-all computer.

That hasn’t stopped the phone’s makers from adding new features though. The Punkt MP02 has just picked up support for encrypted voice calls and text messages using the Signal protocol. 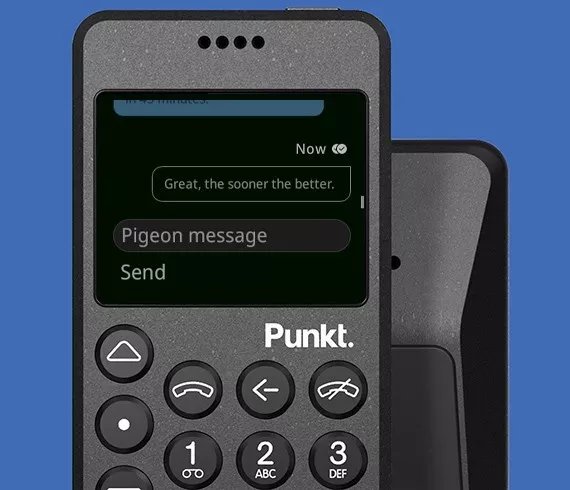 Signal offers full-featured messaging apps for Android, iOS, Windows, Mac, and Linux. But while the Punkt MP02 runs a modified version of Android 8.1, it’s not designed for normal Android apps. Instead the phone uses a third-party Signal-compatible app called Pigeon.

The app allows you to make encrypted voice calls or send encrypted text messages over the internet using WiFi or mobile data. You can communicate with other MP02/Pigeon users or folks who are using the Signal app on other devices.

In addition to bringing support for encrypted communications to the Punkt MP02, Pigeon also adds support for group messaging, sharing recorded voice messages, and scheduling messages to be automatically deleted after they’re opened. The app also supports read receipts, message quoting, and typing indicators to let you know when someone else is composing a message. 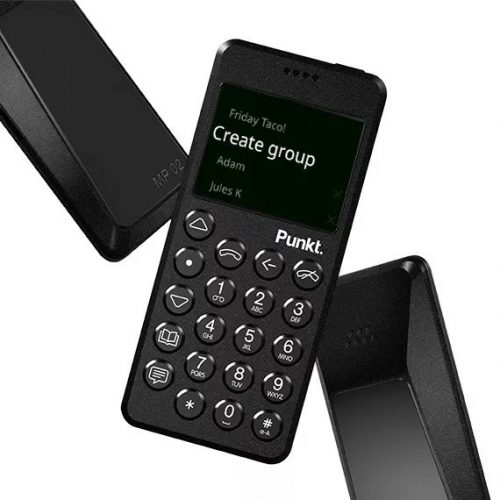 The Punkt MP02 is the kind of phone where specs aren’t really the selling point, but in case you’re curious it has a Qualcomm Snapdragon 210 processor, 2GB of LPDDR3 533 MHz RAM, 16GB of eMMC 4.5 storage, and a 2 inch, 320 x 240 pixel transflective (sunlight readable) display. 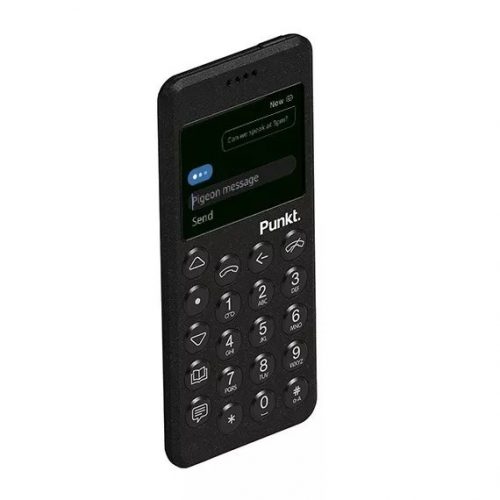 The phone has a front speaker for phone calls and a 1.5W rear speaker for hands-free use and/or listening to media. It supports 802.11b/g/n WiFi and Bluetooth 4.1 as well as 4G LTE networks (it’ll work with AT&T and T-Mobile in the US, but not with Verizon).

The Punkt MP02 has a single nano SIM card slot and the phone is carrier unlocked.