The Lenovo Legion Phone Duel 2 is a phone with a big specs to match its big name. Lenovo’s 2nd-gen smartphone aimed at gamers comes almost exactly a year after the company’s first, and it keeps some features like a 144 Hz display and a pop-up selfie camera that appears from the side of the device.

But, as expected, the new model kicks things up a notch. It has a faster processor, a bigger battery, a higher-resolution camera, and an updated cooling system. 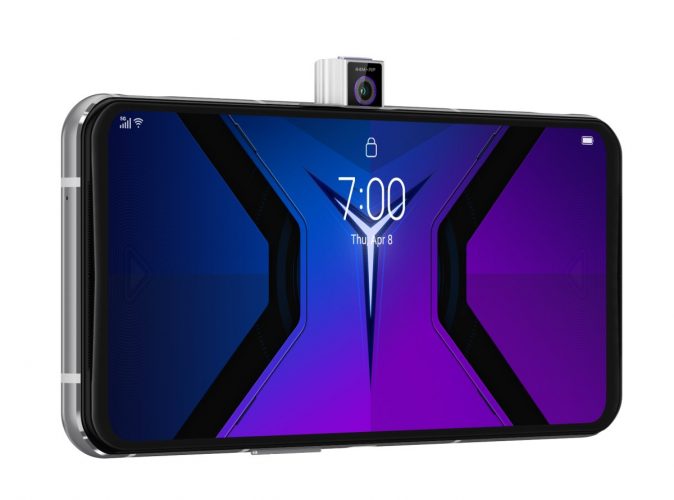 The entry-level model will ship with 12GB of RAM and 256GB of storage, while Lenovo also plans to sell a 16GB/512GB model for €999. In some regions, the phone may also be available with up to 18GB of RAM.

While the phone has powerful specs including a Qualcomm Snapdragon 888 processor, LPDDR5 memory, and UFS 3.1 storage, it’s the Legion Phone Duel 2’s unusual design that really stands out.

Not only does the pop-up selfie camera rise out of the side of the phone rather than the top, but if you flip the phone around you’ll notice that the rear cameras are also in the middle. This is clearly a phone that’s meant to be used primarily in landscape orientation. 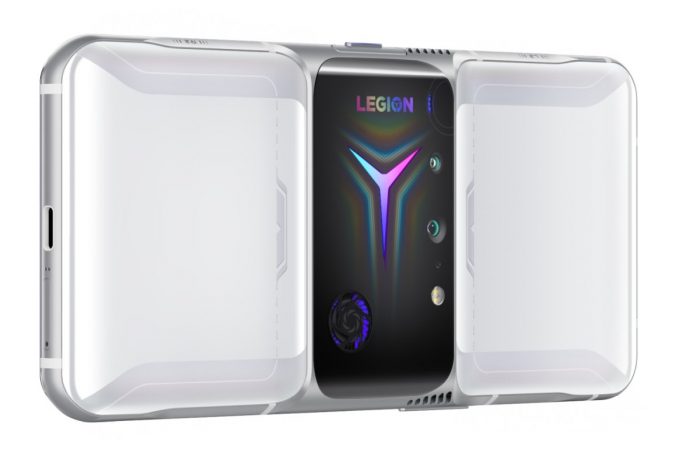 The cameras aren’t the only thing you’ll find in the center back of the phone. There’s also a logo illuminated by RGB lighting (because gaming), and a visible fan. The Legion Phone Duel 2 is one of the only smartphones with an active cooling system featuring twin turbo fans sporting 29 fan blades that can spin at up to 12,500 rotations per minute. Lenovo says the fans are quiet, generating a maximum of 27 dB of sound. But it’s still unusual to find phones with fans. The only other models I’m aware of are Red Magic gaming phones.

Another special features is the phone’s eight virtual keys that allow you to interact with games:

While plenty of smartphones have big batteries these days, the Lenovo Legion Phone Duel 2’s 5,500 mAh battery capacity actually comes from two separate 2,750 mAh batteries. They’re positioned on either side of the phone’s central hardware and offer a few advantages over a single battery.

The phone supports up to 90W fast charging per battery. Since there are two USB-C ports, you can plug in two fast chargers at the same time and take the phone from 0 to 100 percent battery capacity in a half hour. Lenovo says you can get a quick boost to 4,500 mAh in just 17 minutes. 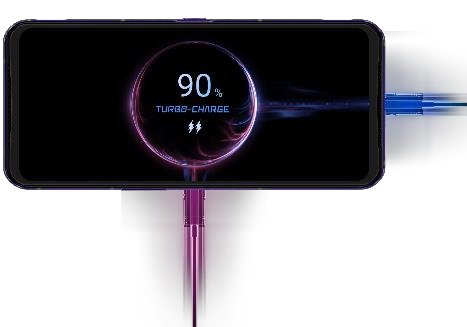 The phone is available in “ultimate black” or “titanium white” color options.

Here are some of the key specs for the Lenovo Legion Phone Duel 2:

One word of warning about this phone? Don’t sit on it.