Amazon’s Fire tablets offer a lot of bang for the buck. With list prices starting as low as $50, they’re cheaper than any iPad, and more affordable than most Samsung tablets. They often go on sale for even lower prices (this week Amazon is running a sale that lets you save up to $55 on Fire tablets).

But despite their low prices, Fire tablets tend to have decent displays, good battery life, and acceptable performance (considering the low price tag).

They also ship with Amazon’s Android-based Fire OS, which is probably fine if you’re looking for a simple device for web surfing, watching videos, and maybe playing some light games. 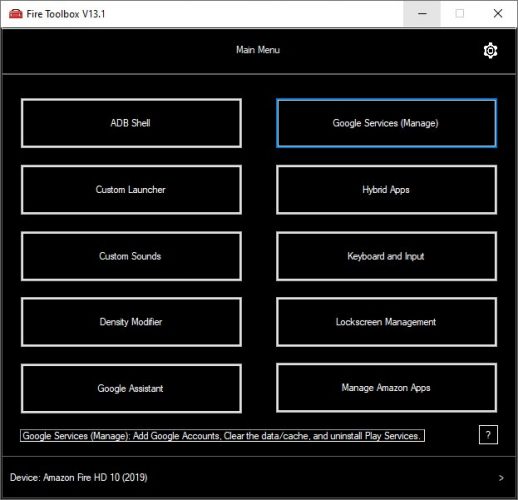 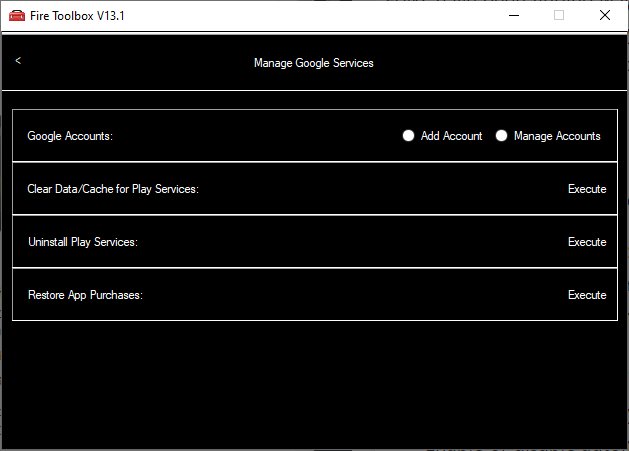 The most recent version of Fire Toolbox, as of early April, 2021, is version 13.1 which adds a few new features including a System UI menu that lets you do things like hide or show the battery percentage in the status bar, show, hide, or modify the system clock, and hide or always show the bottom navigation bar (with the home, back, and recents buttons).

Fire Toolbox 13.1 also supports themes, so if you don’t like black and white, you can opt for blue and white. 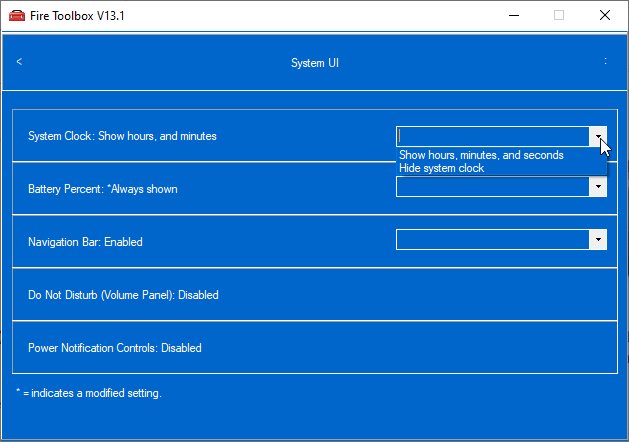 Fire Toolbox has been around for years, but it’s picking up new features all the time. Some other recent changes include: