Modular computers and mobile devices haven’t really taken off in a big way, but it’s not for lack of trying. Google may have scrapped its Project Ara modular smartphone project years ago, but today smaller companies like Fairphone and Pine64 sell phones with upgradeable and replaceable components. And a new company called Framework recently announced plans to launch a modular, upgradeable laptop this summer.

Now the developer of Project PocKit is showing a different kind of modular computing platform.

PocKit is a system that lets you snap together a series of blocks to add or remove hardware to a compact computer system. Under development since 2019, the system isn’t ready for purchase yet. But a recent video provides a tantalizing glimpse at a pocket-sized computer system that can be used as a desktop or a handheld PC, and which can support dozens of different hardware modules that change the functionality of the system. 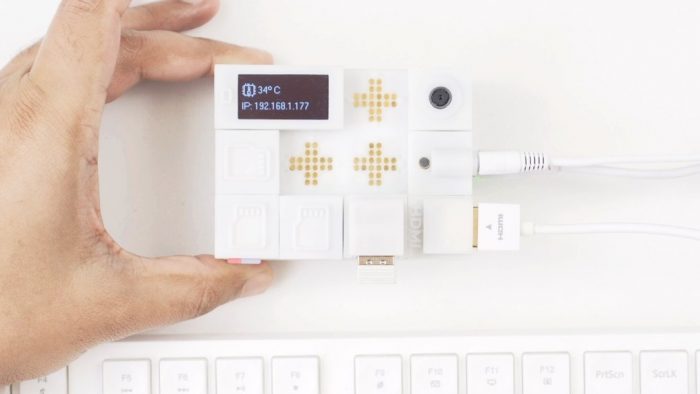 For example, this kit features a 3D printed case with a slot for a Raspberry Pi compute module, allowing the tiny PC to act as the brains of the computer. On the other side there are 12 connectors that you can use to drop on a series of modules to add functionality. Here are just a few of the modules showcased in the video:

As soon as each module is snapped into place, it becomes functional, allowing the device to become a desktop computer capable of running Raspberry Pi OS or other operating systems.

Then in the second half of the video, the developer shows how the kit works as a handheld computer when you replace some of those modules with a battery pack, LCD display, keyboard, touchpad or joypad, speaker, GPS, and even a LoRa module. 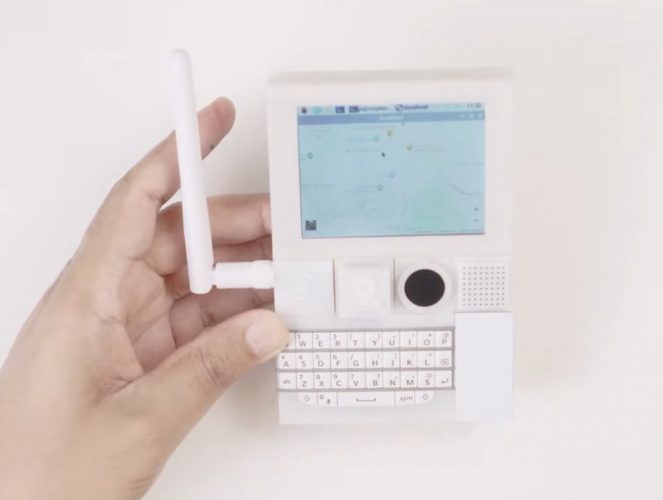 But PocKit isn’t just a Raspberry Pi-powered computer that can switch between desktop and mobile use. It’s the system that allows you to mix and match modules that can alter the functionality of hardware, enabling “fast hardware prototyping.”

As enticing as it is to think about a future where you could add or remove smartphone cameras, sensors, or other gear by simply replacing a block, this sort of system seems to be more clearly aimed at developers, makers, educators, and students. 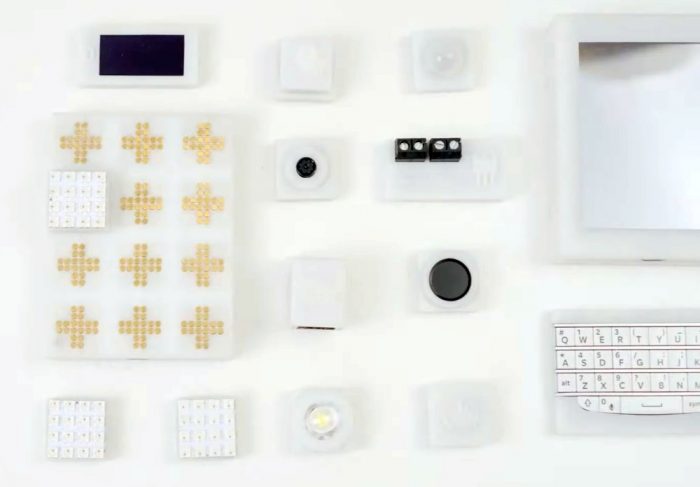 Each module is a 3D printed enclosure that houses the appropriate circuitry and a system of magnets that allow you to snap hardware into place to design and test your own hardware. At this stage I wouldn’t expect the resulting creations to hold up well in your pocket or to survive a fall onto concrete. But I highly recommend giving the video a watch, because it’s mesmerizing to see just how versatile the latest prototype is.

In a recent reddit post, developer Solder_Man says Project PocKit is still under development and “not fully done yet,” so there’s no word on if or when you might be able to purchase your own kit or how much it will cost. But you can check out the PocKit blog or check out the Pockit YouTube channel for the latest updates on the project.