A year after releasing the Station P1 mini computer, the folks at Firefly are introducing a follow-up called, you guessed it, the Firefly Station P2.

The new model supports twice as much RAM, more storage expansion options, faster WiFi, and a newer (but not necessarily faster) processor.

It’s up for pre-order through an Indiegogo crowdfunding campaign for about $122 and up. and should begin shipping to backers in May, 2021. 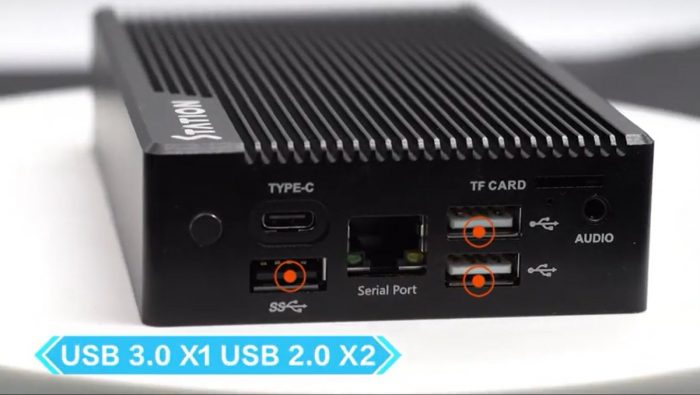 The Station P2 features a 5.6″ x 3.5″ x 1.2″ fanless chassis that houses a computer powered by a Rockchip RK3568 processor. That’s a quad-core 1.8 GHz ARM Cortex-A55 processor with Mali-G52 graphics. On paper, it’s actually a step down from the RK3399 processor used in the first-generation model, but the RK3568 is a much newer chip and it’s also a more energy efficient option.

The Station P2 is available with 2GB to 8GB of LPDDR4-1600 RAM and features 32GB to 128GB of eMMC storage onboard. But it also has M.2 and SATA III connectors for solid state drives or hard drives.

Other features include support for WiFi 6, dual Gigabit Ethernet ports, and two antenna connectors. It also has a range of ports including:

Firefly says Station P2 will be compatible with Android 11 and Ubuntu 18.04 software. 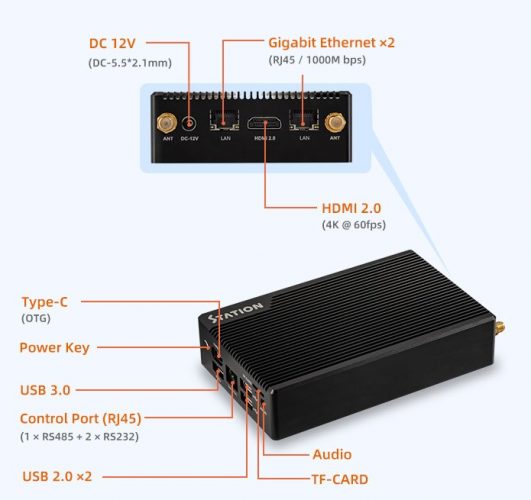 Here’s a run-down of pricing options during the crowdfunding campaign:

You can also core discounts if you order 10 or more units at once.

Note that pricing is in Hong Kong dollars, to the exact price may fluctuate depending on exchange rates.

You can also still pick up last year’s Station P1 with an RK3399 processor. It’s currently available from Firefly for $129 (for a model with 4GB of RAM and 32GB of eMMC storage.