Now Chinese display maker BOE is showing off a new type of flexible display that can fold either way, potentially opening the door for device makers to release mobile gadgets with screens that are innies or outies. 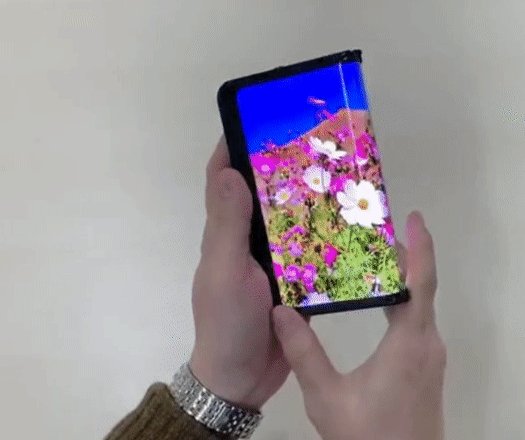 There aren’t many details about new display yet, so there’s no word on if or when we’ll see it show up in devices, how much they might cost, or how durable they might be. But this sort of screen could offer the best of both worlds:

Of course you can also fold the screen flat so that it can be used as a tablet-like device. If a picture is worth a thousand words, an animated GIF is probably worth a few more, so here’s one that shows why news reports are referring to BOE’s new screen as a 360-degree foldable display:

via Weibo and MyDrivers