The AYA Neo is a handheld gaming computer with a 7 inch touchscreen display and built-in game controllers. It looks a bit like a Nintendo Switch, but the controllers are not detachable and under the hood beats the heart of a Windows PC including an AMD Ryzen 5 4500U processor with Radeon Vega 6 graphics, 16GB of RAM, and support for up to 1TB of PCIe NVMe solid state storage. 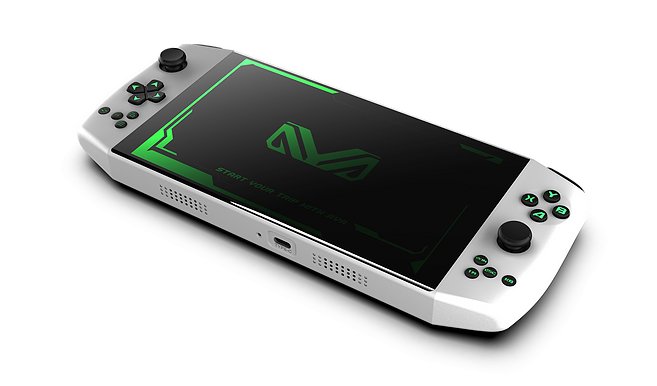 The first 42 folks to snag a “super early bird” reward level were able to reserve an AYA Neo with 512GB of storage for $699. But those sold out within seconds of the campaign going live, so most backers have these choices:

At that price, the AYA Neo is priced rather competitively with GPD’s Win 3 handheld gaming PC, which was available for pre-order for $799 and up during a crowdfunding campaign that just ended (but you can still pre-order one for $849 and up through Indiegogo InDemand).

today. GPD’s system has a smaller display, a slider-style design that lets you push the screen upward to reveal a capacitive touch keyboard, and the little computer is powered by an Intel Tiger Lake processor with Intel Iris Xe graphics.

When I reviewed the Win 3, I was impressed with the performance offered by this tiny gaming computer, but extremely disappointed with its keyboard. Ultimately I wouldn’t call the keyboard a selling point since it’s inferior to an on-screen keyboard in many respects. So ultimately the choice between an AYA Neo and a GPD Win 3 largely boils down to your personal preferences for screen size, processor and graphics, and price.

Here’s a run-down of some key specs for AYA’s Neo handheld gaming PC:

AYA has also revealed that it will offer a series of optional add-on accessories for the AYA Neo. Here are their prices during crowdfunding:

The AYA Neo’s game controllers include a D-Pad, two analog sticks, X,Y, A, and B buttons, clickable L3 and R3 shoulder buttons, and support for rumble feedback, and a set of four extra buttons on the left and right sides that you can use for:

Those extra buttons should come in handy since the Neo is a Windows computer that doesn’t have a physical keyboard that you can use to trigger those actions while running games in a full-screen window. Of course you can also connect a wired or wireless keyboard to play games or run applications that need QWERTY key input that might be difficult to map onto the device’s controller buttons.

AYA says the units that will ship to backers of the Indiegogo crowdfunding campaign incorporate some hardware and software improvements when compared with the limited edition Founder devices that shipped to early adopters in China. Among other things, the weight has been reduced, the game controllers have been improved with better  force actuation and feedback, the rumble motor has been improved (and can now be turned on or off via a key combination), and software updates have been made to improve performance of Windows, PC games, and display quality (some games had previously been blurry when running in full screen).