The death of Adobe Flash was a long time coming. While the 25-year-old technology was instrumental in bringing animation, games, and interactive content to the web when it was still young, it was always sort of a security nightmare, with Adobe struggling to issue bug fixes faster than vulnerabilities were discovered and exploited.

But now that Adobe has finally pulled the plug on Flash, what happens to all the classic games and other content developed in Flash?

Some has been ported to newer web technologies like HTML5. Some live on in the Internet Archive’s Flash library. And there’s BlueMaxima’s Flashpoint, a project to save more than 70,000 Flash games and 8,000 animation and bundle them with a “Flashpoint Secure Player.”

Now there’s another option called ruffle. It’s an open source Flash Play emulator that’s designed to be more secure than Adobe’s product, while allowing you to run Flash games and animations on a wide range of devices. 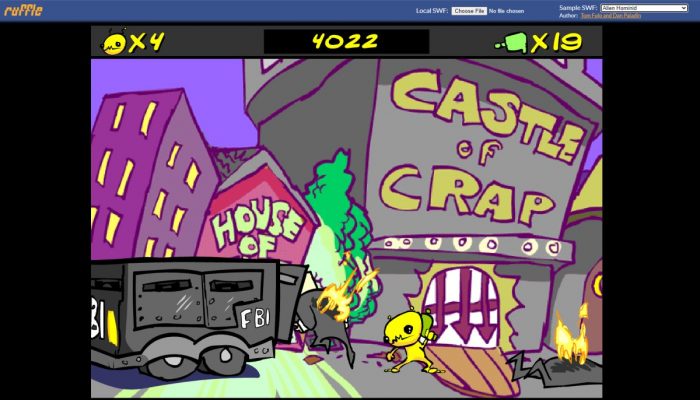 Ruffle is written using the Rust programming language, which features built-in memory protection to help protect users from many of the vulnerabilities that affected Adobe’s Flash Player.

Ruffle is still under active development and a note on the project’s github page describes it as “in the proof of concept stage.” But you can take it for a spin by visiting ruffle.rs/demo/ to play a couple of sample games and animations in your browser.