After launching in China late last year, the Xiaomi Mi 11 launched globally this week. But while the phone’s Qualcomm Snapdragon 888 processor, 108MP camera, and 120 Hz display might seem like premium features, a new Xiaomi Mi 11 Ultra has leaked, and it’s got some even more premium characteristics.

among other things, there’s a camera system with a 50MP primary camera, a 48MP wide-angle camera, and a 48MP telephoto lens that can apparently offer up to 120X zoom when you combine optical and AI-assisted digital zoom technology.

But the weirdest thing about the phone? It seems to have a tiny display next to the cameras, capable of mirroring the phone’s primary display. This is probably for snapping selfies, but it seems like you can access more than just the camera viewfinder in the screen. 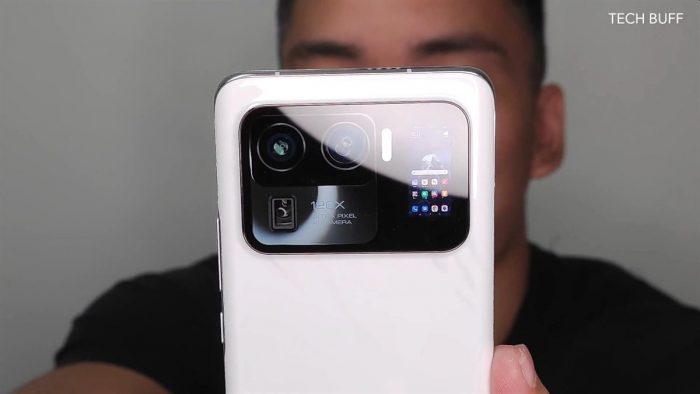 You can find more images at the bottom of this article.