The maker of the Arduboy line of handheld retro game systems has been producing pocket-sized gaming hardware for years. But the new Arduboy Nano goes beyond pocket-sized. It’s small enough to hang from a keychain.

In fact, it’s so small that it’s probably extraordinarily uncomfortable to use for actually gaming. But it’s a fully functional device that can play games.

Unfortunately (or maybe fortunately), it’s not actually available for purchase… but developer Kevin Bates says that could change if there’s enough interest. 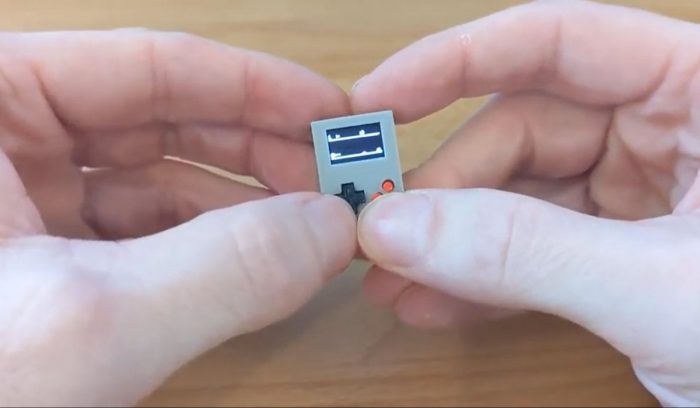 With a tiny screen, a miniscule D-pad, and two tiny buttons, I can’t imagine most folks will actually want to game for very long on this little thing… and they couldn’t even if they wanted to. It’s 25 mAh battery only provides a little over an hour of run time.

There’s also a 15mm piezoelectric speaker that’s said to be rather quiet due to its size.