Folks have been using inexpensive single-board computers like the Raspberry Pi to create DIY home servers for about as long as inexpensive SBCs have been a thing. But the ZimaBoard is one of the first I’ve seen that’s custom made to be used as a DIY, hackable server.

The ZimaBoard is a small, fanless computer powered by a 6-watt Intel Apollo Lake processor with support for hard drives and SSDs.

It’s now available for pre-order for $80 and up through a Kickstarter crowdfunding campaign and, if everything goes according to plan, it could ship to backers in June. 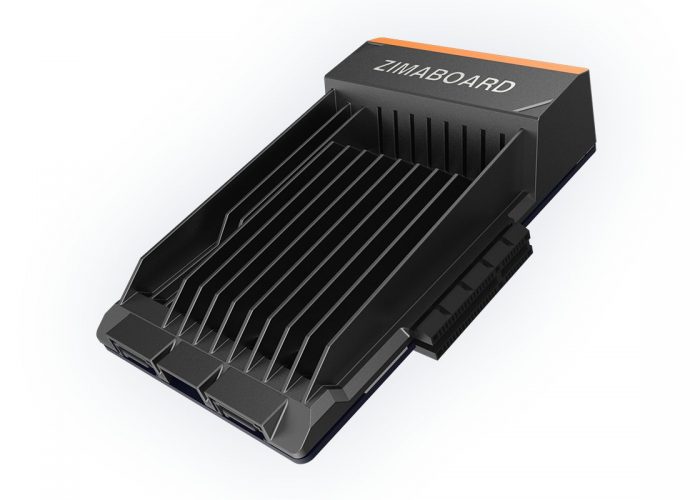 The ZimaBoard measures 4/7″ x 2.9″ x 1″ and has an integrated heat sink and a decent set of connectors that could come in handy if you’re planning to use the system for a network-attached storage device, personal media server, or roll-your-own Google Docs alternative:

The system features LPDDR4 memory and eMMC storage, and it will be available in two configurations: